Congratulations to the Winners of the Spring/Summer 2016 Contests! 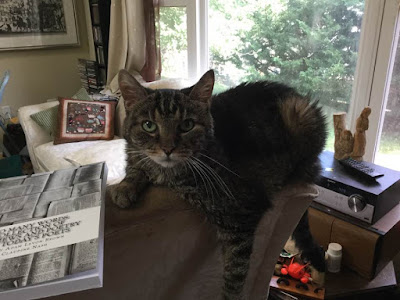 Finally, I am ready to post the winners of the Spring/Summer 2016 contests at The Song Is...

First of all, I'd like to thank the judges--Catfish McDaris and Lynne S. Viti--for their hard work, diligence, and quick turnaround.  I am honored and thrilled that they were both able to help me out during this crazy semester.  (Any slowness is definitely mine.)

Now let's start with Thelma's Prize.  Lynne judged one set of poems and chose Bill Cushing's “Music isn’t about standing still and being safe," a poem celebrating Miles Davis, as the winner.  While noting her choice, Lynne added: "In a flowing word- stream , repeatedly working the dual meaning of 'Miles,' the poet blends  images of  Davis' music with the speaker's past and present. Vivid images of  the Davis memorial by the St. John's River, of the speaker's lifelong romance with the artistry of Miles Davis. Poetry informed and infused by the music, told in a strong personal voice."  I agree that this was a wonderful choice!  Tad Richards'  "fantasical and surreal, seductive and fun" "In a Dream, She Sees Lester Young Standing Naked" and John McDonald's Haiku and Haibun received honorable mentions.  Lynne commented on John's work: "The first set of McDonald's are infused with the sounds and smells of Afghanistan, conveyed vividly  through a solider's memories of the war in Helmand. The haiku pivot the reader to music-infused images of family and home, Chet Baker and Gerry Mulligan."

Catfish handled the other set of poems as well as the contests for work inspired by jazz musicians born in the 1920s and by Latin culture.  His choice for Thelma's Prize was Amber Smithers' "Thoughts On Being a Black Girl," a poem that he considered very moving.  He also singled out for praise Alex Conrad's "Observing Myself," Chani Zwibel's "Please Remember," and Sergio Ortiz' "Yellow Flowers."   Tad Richards won the 1920s Prize for his poem "With Miles"  Catfish praised Tad's and Amber's poems quite highly.  Also receiving honorable mentions were  Bryn Fortey's "Ellas McDaniel" and John McDonald's Haiku.  Sergio Ortiz won the prize for poems inspired by Latin culture for "Requiem for Mercedes Sosa."   His "Yellow Flowers" and Kerfe Roig's "jaguar/le tigre" earned honorable mentions.

Bola Ade's poetry won the prize for local writers.  As Lynne remarked to me, "so for the Local Contest, the winner is  Bola Ade, no question. Bola's poetry is passionate, political, sometimes raw, but always a compelling fusion of words, images and emotions. It certainly calls for reading aloud.  The blending of prose and everyday speech and the rarefied and poetic language make the reader sit up and take notice. I found "Hotep sh*t"  the most powerful and polished of this intriguing set of poems."  I have to admit that "Hotep sh*t" was my favorite, too.

I'll finish with the winner of Callie's Prize for visual elements.  It's a tie between Kerfe Roig for her masks and Juan Tituana for his images of Corpus Christi.

Congratulations to everyone!  I am looking forward to a wonderful fall/winter contest as well. 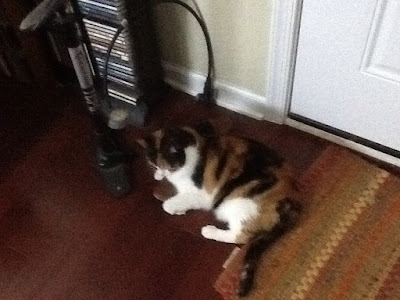 Given Bill's poem, I am going to start off with some Miles.  Let's listen to "Green Dolphin Street":  https://www.youtube.com/watch?v=IrVnm66joQk

Here is an alternative take of "Black Comedy" from Miles in the Sky:
https://www.youtube.com/watch?v=eCDoNr_hqAg

I have to include Lester Young.  Here is a link to a longish video of various jam sessions with Young and other artists such as Count Basie, Jo Jones, and others.  Not sure who is singing "On the Sunny Side of the Street," though.
https://www.youtube.com/watch?v=E4Or9ospJrU

If you'd rather have something short, here is Young with the Oscar Peterson Trio on "Almost Like Being in Love":  https://www.youtube.com/watch?v=EuaKSqqOuRo

This is "Thanks to Life":  https://www.youtube.com/watch?v=WyOJ-A5iv5I

Posted by Marianne Szlyk at 7:35 PM