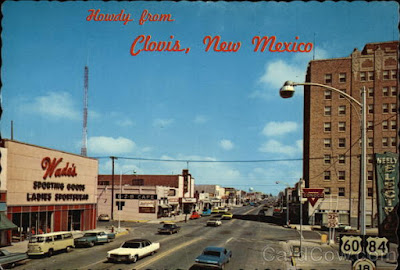 Nobody walked in my hometown,
Clovis, New Mexico, cars were for
making love and getting wasted in or
seeing what was over the next horizon

At 14, I bought a 57 Chevy station wagon,
I tricked it out with curtains and funky
carpeting, it cost $175, I couldn’t get my
license until I was 15, so I parked a few

Blocks from school, driving down Main
a few months after I got my license, a lady
rear ended me, I let her give me a ride all
summer and I used the shoe leather express. 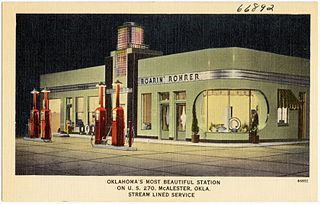 My second car was a 55 Chevy, 4 door,
it had some power, I traded it for a grape
Ford, I put a tequila bottle under the hood
where the windshield washer was located

I had the new hose emerge in the glovebox,
you pressed a button and got a shot of cacti,
I had a Mercury, Buick, and Pontiac and
learned how to work on all of them

Buying gasoline was usually a problem, I
became skillful with a siphoning hose, also
known as an Oklahoma credit card, I’d like
to repay all the people I stole gas from

I no longer drive, I take the bus or walk,
Karma came late to me, taking away my
driving privileges, my lady drives me mostly,


in case of emergency I can drive anything.

Blowing cold breath cloud rings
waiting on the 18 to head east
toward Lake Michigan, it was
brisk and frisky, in front of Taco

Bell and a gas station, I spoke
Spanish to myself to try and think
of a distraction from the cold,
the silence was welcome, I knew

I’d be in noise for the rest of the day,
a loud car with no muffler slowed
down, a kid yelled something, I just
smiled, he circled the block

“Hey old man, if you weren’t so poor,
you wouldn’t be riding the bus,” I thought
maybe he’s right, the bus drove by his
car in flames, I waved with one finger.

Having entered the non-driving contest, Bill Cushing is entering...or re-entering  the contest for poems and prose inspired by jazz musicians born in the 1930s.

Transforming us with blues, boogie-woogie,
using training in classics to quash rage,
she dug into our souls, tore open hearts, exposed our psyche.
Before King’s dream, she mounted battles onstage
from Harlem to Carnegie, leaving beloved Bach behind,
she battered walls of injustice, rattled abusers’ cages, yet
allowed herself to be battered, her sanity strewn.
Nina, a Harlem Renaissance soul out of time,
whose good intentions drown in madness and regret,
infused righteous power into every tune.

I'd also like to add one of my non-driving poems.  Of course, most of my poems fit into that category (although not all do). 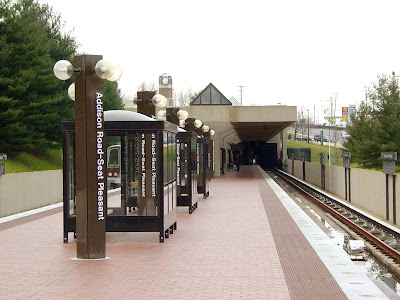 Once She Was a Subway Flyer*

when Addison Road was the end of the line.
Beyond here there were only buses
the C29 down the highway
past strip malls, past farm stands,
past the DMV and the gas station,
to the front door of the college.

Then she was a moon-faced girl
in black among the masked faces,
her students coming from work,
the stout security guards,
and the boys to men
with blank white shirts
and shorts past their knees.

That was nearly ten years ago.
She looks like her mother now,
tightening a gunmetal belt
over a navy cardigan.
She walks to work.

Someday she might come back
to see what this place has become:
the new town center, the stores,
the station
a village green with
Kenny the mayor on Foursquare,
Addison Road,
no longer the end of the line.
·         A “freeway flyer” is a name for an adjunct instructor who teaches at more than one college.  A “subway flyer” would be one who, without a car, commutes via public transportation. 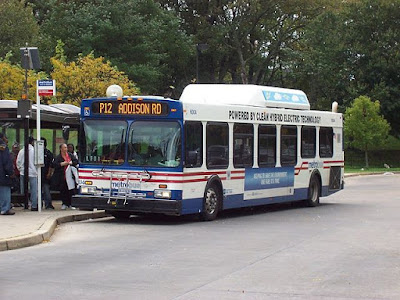 I will add "Mississippi Goddamn":  https://www.youtube.com/watch?v=ghhaREDM3X8

I saw that she has covered "To Love Somebody," a song that Janis Joplin covered as well, so I'm posting it:
https://www.youtube.com/watch?v=7jgHOcXTr50 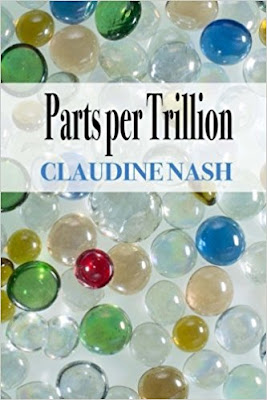 A while back Claudine Nash sent me two poems from her recent book Parts per Trillion.  I hope that you will enjoy them!   "Permission Slip" is especially appropriate during this hectic spring semester.

"Permission Slip"Today I permit myself toforget what I know of gravity,to awaken inattentive to massand weight and feel no forceother than the speed of promise.I will allow this sensation topropel me upwards with suchvelocity that liftoff willshake my doubtful featuresunrecognizable to the sideof me that seeks to reunitemy bones with Earth.I wish to remain airborneas long as possible.  I grantmyself  permission to stuffmy ears with wind and answeronly to my truest name,  to snubthe voices that shout out thephysics and trajectories of me,that scold “you get down thisvery instant,  this place is a messand soaring time is over.”(First appeared in Peeking Cat Poetry Magazine) 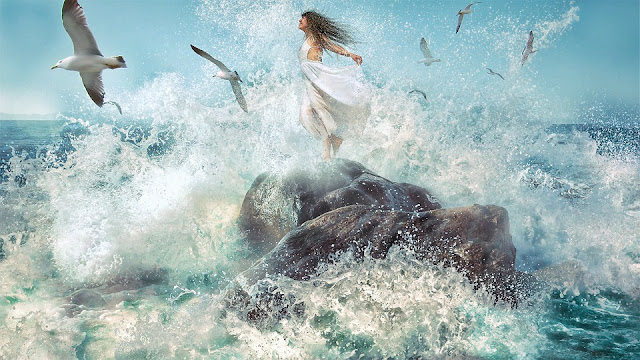 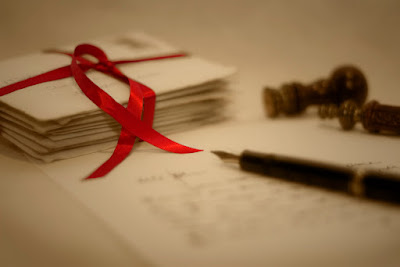 Bio:Claudine Nash’s collections include her full-length poetry book Parts per Trillion (Aldrich Press, 2016) and her chapbook The Problem with Loving Ghosts  (Finishing Line Press, 2014). She also recently edited the collection  In So Many Words: Interviews and Poetry from Today’s Poets (Madness Muse Press, 2016) with Adam Levon Brown.  Her poetry has been nominated for a Pushcart Prize and has appeared in a wide range of magazines and anthologies including Asimov’s Science Fiction, Cloudbank, Haight Ashbury Literary Journal and Yellow Chair Review amongst others. She is also a practicing psychologist. Website: www.claudinenashpoetry.com.

Recently Lynne S. Viti (who served as a judge for the summer/fall 2016 contest) published a chapbook, Baltimore Girls, with Finishing Line Press.   I am thrilled to publish Sam Cornish's review here. 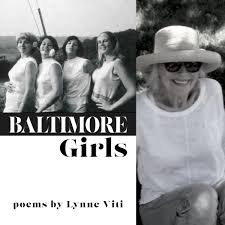 Baltimore Girls is a brief collection of poems that examines the poet’s early life in the 1960s and the culture in which she grew up. It is personal history -- tales of a small group of young women who lived in the segregated city of my youth. The poems are mini-memoirs, snapshots of young women who had determined they were bound for greater things: “we were in a hurry to get out of town, out of state, through school, to a job...”

Although Viti tells us she “left as fast as she could,” her memories of people, places and her hometown culture remain vivid and sharp, filled with the manners and rituals of the era. She recounts a teen-age date as“a talisman of my life to come” because they spent the time talking “about the war, about Yeats...” This collection is significant for its realism, its honesty and its attention to detail. The poems are specific and descriptive, reminiscent of the lyric realism of James T. Farrell. This book establishes Viti as a poet of the memoir and local history. Her memories of time and place will resonate with many readers.

If you'd like to read some of Lynne's poems, here is a link to some I published in August 2015:  http://thesongis.blogspot.com/2015/08/lynne-viti.html

To buy her wonderful book (which I encourage),  email Lynne at lviti@wellesley.edu for pricing details and to place an order. Proceeds will go to support Mercy High School Baltimore scholarship funds.

Now for tonight's music.  I think I'll start with another song by Larry Young from an earlier album.  His "Of Love and Peace" does sound like flight: https://www.youtube.com/watch?v=IZOKMGe1nAI

Here is his version of "Seven Steps to Heaven": https://www.youtube.com/watch?v=qVGq-GQgVBU

I'll finish with his "Plaza del Toros," which is a little more conventional and bouncy: https://www.youtube.com/watch?v=AGB_fNG0R94  Grant Green plays on it as well. 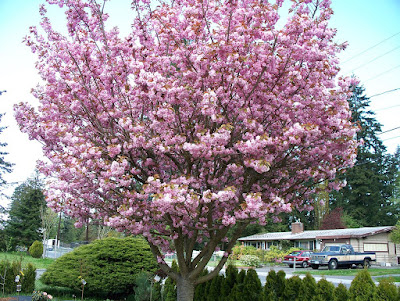 This evening I would like to post some rengay, a collaborative form of poetry, that Leslie McKay sent me a while back.  I hope that those of you who know and love this form will also enjoy these pieces.  Those of you who are just learning about rengay are in for a treat.  I am also really pleased that Leslie included some jazz rengay, too!

off rides the current
slides under the bedroom door 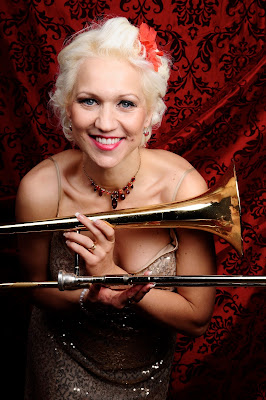 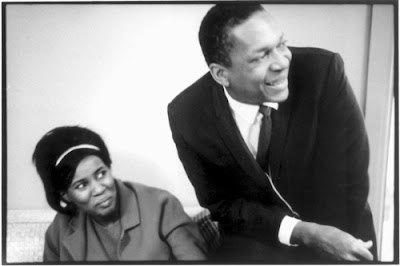 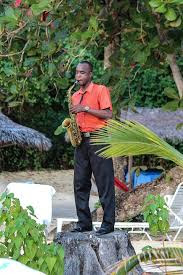 For more information about the rengay, see this link:  http://www.baymoon.com/~ariadne/form/rengay.htm

I had no idea that this poem was a relatively new Americanized form!

Onto the music.  Although Bennie Maupin was not born in the 1930s, I'd like to include some of his music since it fits into what I've been listening to lately.  I learned about him from YouTube and the recent documentary about Lee Morgan.

Maupin wrote "Neophilia," and this version was on Lee Morgan's Live at the Lighthouse:  https://www.youtube.com/watch?v=bHThSADuIeo

I'm going to move on to Alice Coltrane's "Blue Nile":  https://www.youtube.com/watch?v=F9Dd4UGt5rg  It is from an album that she did with Pharoah Sanders and others.

I'll finish with Roy Brooks' "The Free Slave," which is part of a live album.
https://www.youtube.com/watch?v=t1ay4rmkE1s