Tonight I'm posting the poems that Hiram Larew, a DC-area poet, sent me a while back.  Enjoy!  Thank you, Hiram, for sending these poems.

Mark my words --
cakes are cakes
and there will always be someone
who’s better than you.
Of course
that’s why we have years on years
to cast about.
It’s also true that
as surely as you won’t you will change
eventually
like grass does at any fence.
I know because I know.
Up on top remember this --
children never notice the weather
because really all that days do
is float by.

Here is a lovely poem!

But in fact I do take take heart from
this Spring breeze called maybe
and from that somewhere that has hardly sung
in years
I feel a future coming that will stop at least
long enough to wink --
Blink is how I love you
Don’t make me tell you in any other way.

MY WISH FOR YOU

Take courage as you crack these eggs --
No, what happens isn’t fair
But I promise
It’s ten times juicier than the moon.

As for music, since my husband and I just came from listening to Delfeayo Marsalis' quintet, I'll post his music.

This is "Autumn Leaves" where Marsalis is joined by his father, his brother Jason, and his bassist.  https://www.youtube.com/watch?v=krg7MFgxJAM

Here is a live version of "Cantelope," so you'll get some of the club experience.
https://www.youtube.com/watch?v=-YBsz_S2SEU

I'll finish with his Uptown Jazz Orchestra's version of "Skylark":  https://www.youtube.com/watch?v=EAirkl__R1Q&index=4&list=PLKcMrGJt81w9ZxnknxBFdDxKxLO3kqfeV
Posted by Marianne Szlyk at 9:12 PM No comments:

I apologize if this is your school, but I thought that this picture goes well with Bruce Hodder's first poem.  As it turns out, one of the roofs to the right is that of a prison.  The sky is oppressive, too.

The Hierarchies of School

At my school, punks were bullies.
Like society in microcosm,
they reinforced convention
and they reified the dumb.
They preyed like wolves on the clever kids.
They were always knocking glasses off
and smacking small kids in the corridors.
They mercilessly mocked a boy
who walked on crutches from the NHS,
and Indians were ‘pakis’
in their lexicon of spite.
The punks made school life miserable
for anybody who they could isolate;
but they didn’t touch the black kids.
When the black kids were around,
the punks were timid, like their victims.
Only one boy who years later
joined the Army, took their leader on.
He was being the biggest thug in school,
but such a posh kid no one noticed.
They noticed it that day though,
when he bounced a Rastafarian
like a dead weight round the bandstand
in the park, while fifty watched and jeered. 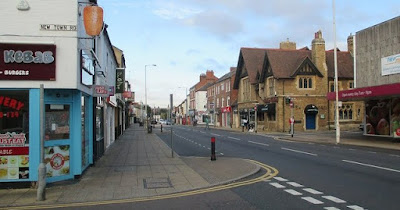 A lemon sun drooping in the evening sky
is casting long shadows across the flattened ruin
of the old bus station. I had a seizure there.
I am riding the number two from home to town.
My mission is to catch another bus to work
ten miles away, in Wellingborough’s biggest warehouse.
On the Drapery, two tiny Asian women struggle
with a shopping trolley carrying a huge tv.
An old teddy boy in a black fedora
watches me get off and climb the hill towards him.
He’s smoking in the doorway of the old Bear pub.
I want to look at fliers for the gigs this month.
They have them in the window by the big kebab shop.
My friend’s black metal band Denigrata

should be playing soon. Sure enough, the flier’s there.
The flier, and the lazy summer warmth this evening,
get me thinking of the Beatles, when they played Northampton
in the building that is owned now by the Jesus Army.
I imagine screaming girls. I see the fab four’s flight
through the back, to a limo on St Michael’s Road.
There were decoys at the front, so the legend says,
in black suits, ties and bouncing mop top wigs,
who were paid to be accosted by our mums and aunties.
My vision of the past makes the night ahead
seem easier to face. It makes me young again.
The end was just a rumour that I paid no mind to
in the days before the lunatic that cut down John. 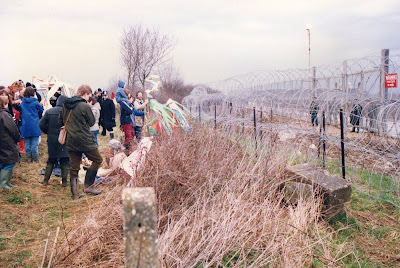 They had a Cotes-du-Rhone bottle and some plastic cups.
The wine freed tongues, and eased Mum’s nerves a little
as they laced white doves made out of card along
a stretch of fencing at the air force base.
Sitting on the grass beside the rusty peace bus,
singing Bob Dylan songs, Mum said she felt alive,
as she had not for decades, and she wondered why.
She thought, perhaps, it was those fearsome missiles,
monsters in their cages, with the power to end
a million lives like that, in just a finger-snap.
It might have been the big guns that the guards all carried.
Danger thrills. Perhaps it was the repercussions
that they might face. Someone took their photographs,
no doubt to send to somebody at MI5.
I think it was the company that made Mum buzz.
Big Linda, with her green DMs and spindly roll-ups,
old Les, with his Merlin beard and pony tail,
in the Thatcher years, when shaving til you bled was law.

Bruce Hodder lives in Northampton, England with his wife Michelle.
He has been a poet since he heard Bob Dylan singing ‘The Ballad of
Hollis Brown.’ His list of publications is wide but he hasn’t written many
of them down over the years, so he can’t share them with you. He can
say he was a featured poet in ‘Other Voices’ (Crossroads Press) and
has recently placed several poems about Donald Trump in John
Grochalski’s Winedrunk Sidewalk.

I feel like I should be posting some British folk songs to go with
Bruce's poems.  Here are Ewan MacColl and Peggy Seeger singing
"Dirty Old Town":
https://www.youtube.com/watch?v=dfGiLwuIQYc

This is her version of "The First Time Ever I Saw Your Face":
https://www.youtube.com/watch?v=cXYPb0rrwbA

I'm going to add her version of "The Leatherwing Bat":
https://www.youtube.com/watch?v=Duk-TUbRvM0

I'll finish with two songs from Richard Thompson's Strict Tempo,
an album of instrumentals.
First is "The Knife-Edge":
https://www.youtube.com/watch?v=HGL-EloP9vw

The other is "Banish Misfortune":
https://www.youtube.com/watch?v=SSHZF89odF8

Posted by Marianne Szlyk at 7:34 PM No comments: 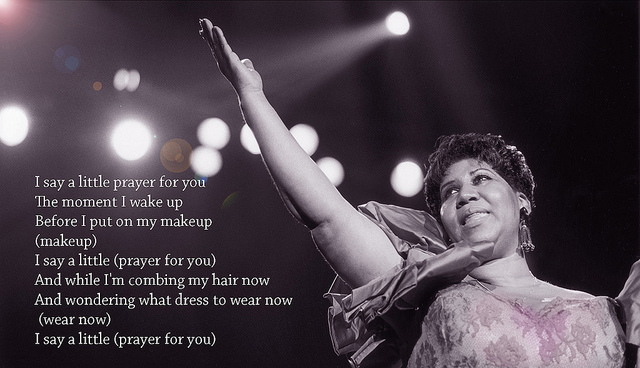 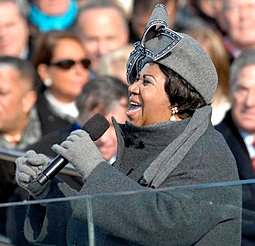 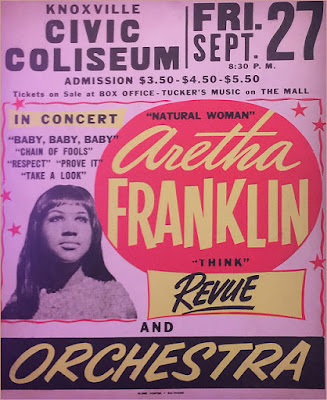 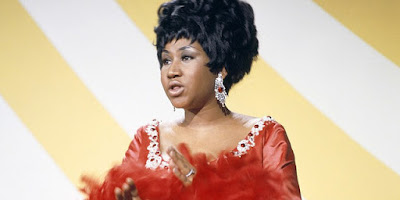 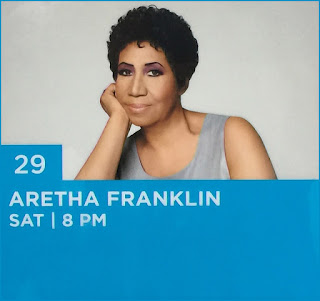