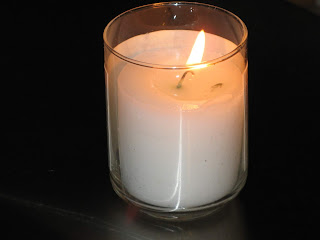 About a year ago Leon Redbone and Dr. John, two of Bill Cushing's favorite musicians, died.  For this reason, the image of a yahrzeit candle stuck in my mind when I decided to publish Bill's poems tonight. 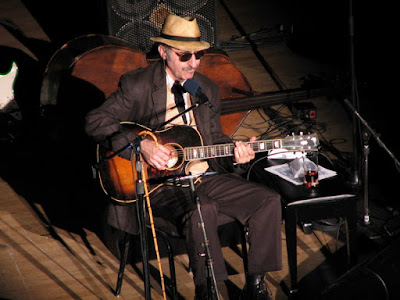 Leon decked out in black, Ray-Bans perched on
a Syrid nose, his drooping moustache surrounds
the soul patch: a musical sage
peering from beneath that Panama hat.

Leon fretted multi-tonal sounds
from each and every timeless tune
with a voice sometimes smooth, then scat,
while coaxing that acoustic guitar.

Leon, ageless as a harvest moon,
did not die so much as exit the stage,
returning to the Araby bazaar,
and though gone, he continues to shine on.