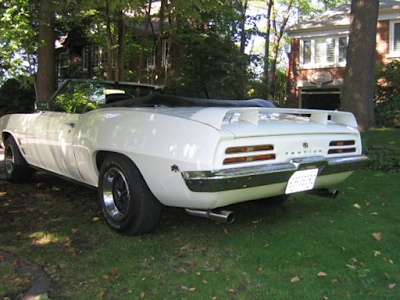 In the summer of 1969
WOODSTOCK

Nearly 50 years ago  in the summer of 1969 August 15-August 18
.. 400 - 500 thousand people  young and old ...rich and  poor joined together .
The   biggest celebration in history of love, music and peace – the historic Woodstock Festival, a legendary event

they arrived in  groups , with some friends
a hiatus from the  real world
from north , south, east and west of America


running from  reality
to join their fellowman  in total harmony , festivity

from om the real world of chaos and stress
took a drive to Woodstock to decompress...

flower children on the roads

We need  to enter the garden  of spirit, flowers, peace and love
the rock and roll bands ... played for 3 days
there were many... all was permitted
Lucy  in the sky with diamonds was there.
in the summer of 1969

Everywhere, everywhere. there was smog, fog
people nestled ... on a log..
some restsed others not...  freedom of choice.... it was those three days or 4

My daughter Bianca has a friend
her name is cristina surely they would have participated .. in this era, newfound generation
peace signs in their rooms ..., heirlooms
Today i speak of Woodstock in its original form.


400 500 thousands gathered those three days
as others fled others gathered,
coming from east wet north, south
in the garden it all began young love...
drove day and night
until they saw a light

A newfound generation was born .
Wishing I was there... to join the group , be in the loop..amazing , priceless ...

The girls with their own style of bohemian , with cropped tops  were themselves...
US....wanted to be recognized
in the summer of 1969


No restrictions , after all it was the 60s and 70s
much was prohibited ... Not in Woodstock, all was permitted
almost all
In the summer of 1969

A journey of love peace and song
all were brothers , and sisters..
sharing the same ideologies, not stigmatized...nor categorized
all was glorified...

music, a ring of  fire , burning
solemnly like the spinning  wheel ,  whatever they called it then .
lucy in the sky with diamonds gave purple haze, an amazing gaze...
in the summer of 1969

a milestone ... a memoir of moment...
all was good
no worries
no hurry

free culture was not for all  some would have preferred staying home  alone
the man or woman being  single ,chose not too mingle

Saying No to Woodstock, and all its ventures
wanted a new direction.......
Many thought this festival wouldn't last.
a thing of the past

All  that cannot be an experience , be it philosophy, sociology , psychology...
a Woodstock adventure on a 600 acre farm ....
yes they were dreamers.....today their music and audience attendees .. are streamers
In the summer of 1969
all were hippies  that is whe they wanted to go
in the summer of 1969 from august 15 to 18 ,, day and night
summer of 1969

If ever you get an opportunity to go to bethel new york
make a pit stop ... where a piece of history still remains.
On a rock there is
In the summer of 1969
a Woodstock venture  where all did flock
Joni Mitchell inspiration...


the truth be told
most have  gone to the promise land , with their music , the world has won
still spoken about in novels, music or in prose

today most have all gone, the hippie days are a part of  the past
50 years  have passed us by.
. history
few are left to spread the word  of peace and carry it on
it truly is a rock and roll heaven
the righteous brother had it right from the start

Woodstock Peace, Music & Memories history was made
memories do not fade
harmonious and catastrophic

Today is perserved , its origins , the world is still rocked by its story.
a legendary festival .. which  will be no more
the  greatest celebration of music and people  in 1969.

Let's go to the music!

If you prefer your "Woodstock" with lyrics, here is Richard Thompson's version from the 2001 tribute to Joni Mitchell: https://www.youtube.com/watch?v=bKmsdP7cGoM

Since the cover of his album Dreams is pretty trippy, I'm going to switch to Gabor Szabo's "Ferris Wheel":  https://www.youtube.com/watch?v=HUiBcBOS2vI

Posted by Marianne Szlyk at 6:31 PM No comments:

Michael Lee Johnson in the Fall 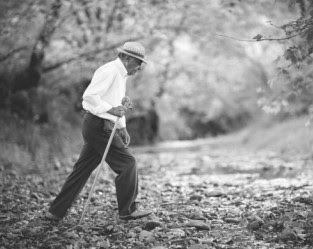 This evening I'd like to post the latest poems that Michael Lee Johnson sent me.  These are good poems for the fall!

Old men walk funny with shadows and time eating at their heels.
Pediatric walkers, prostate exams, bend over, then most die.
They grow poor, leave their grocery list at home,
and forget their social security checks bank account numbers,
dwell on whether they wear dentures, uppers or lowers;
did they put their underwear on?
They can’t remember where they put down their glasses,
did they drop them on memory lane U.S. Route 66?
Was it watermelon wine or drive in movies they forgot their virginity in?
Hammered late evenings alone bottle up Mogen David wine madness
mixed with diet 7-Up, all moving parts squeak and crack in unison.
At night, they scream in silent dreams no one else hears,
they are flapping jaws sexual exchange with monarch butterfly wings.
Old men walk funny to the barbershop with gray hair, no hair;
sagging pants to physical therapy.
They pray for sunflowers above their graves,
a plot that bears their name with a poem.
They purchase their burial plots, pennies in a jar for years,
beggar's price for a deceased wife.
Proverb:  in this end, everything that was long at one time is now passive,
or cut short. Ignore us old moonshiners, or poets that walk funny,


"they aren't hurting anyone anymore." 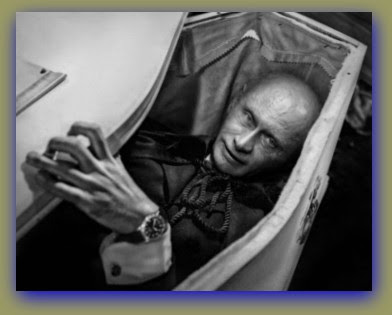 Just because I am old
do not tumble me dry.
Toss me away with those unused
Wheat pennies, Buffalo nickels, and Mercury dimes
in those pickle jars in the basement.
Do not bleach my dark memories
Salvation Army my clothes
to the poor because I died.
Do not retire me leave me a factory pension
in dust to history alone.
Save my unfinished poems refuse to toss them
into the unpolished alleyways of exile rusty trash barrows
just outside my window, just because I am old.
Do not create more spare images, adverbs
or adjectives than you need to bury me with.
Do not stand over my grave, weep,
pouring a bottle of Old Crow
bourbon whiskey without asking permission
if it can go through your kidney’s first.
When under stone sod I shall rise and go out
in my soft slippers in cold rain
dread no danger, pick yellow daffodils,
learn to spit up echoes of words
bow fiddle me up a northern Spring storm.
Do you bad heart, see in pine box of wood,
just because I got old. 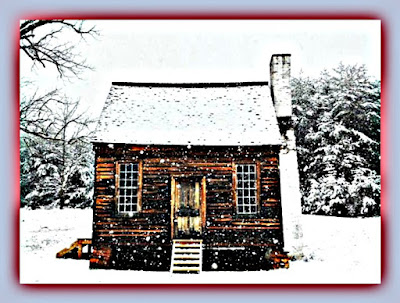 Walking across the seasons in exile
in worn out house slippers, summer in Alberta prairies-
snowshoes, cross-country skiing winter in Edmonton, Alberta.
I'm man captured in Canadian wilderness, North Saskatchewan River.
I embrace winters of this north call them mercy killers.
Exiled now 10 years here I turn rain into thunder,
days into loneliness, recuperate loss relationships into memories.
I'm warrior of the trade of isolation, crucifier of seasons
hang torment on their limbs.
Ever changing words shifting pain to palette fall colors and art.
I'm tiring of Gestalt therapy, being In and Out the Garbage Pail.
I'm no longer an Aristotelian philosopher seeking catharsis.
My Jesus is in a vodka bottle soaked with lime, lemon juice and disco dancing.
Pardon amnesty I'm heading south beneath border back to USA-
to revise the old poems and the new, create the last anthology,
open then close the last chapter,
collected works before the big black box.
I'm no longer peripatetic, seasons past. 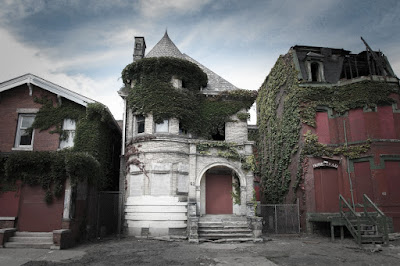 In nakedness of life moves
this male shadow worn out dark clothes,
ill fitted in distress, holes in his socks, stretches,
shows up in your small neighborhood,
embarrassed,
walks pastime naked with a limb
in open landscape space-
damn those worn out black stockings.
He bends down prays for dawn, bright sun.

Michael Lee Johnson lived ten years in Canada during the Vietnam era and is a dual citizen of the United States and Canada. Today he is a poet, freelance writer, amateur photographer, and small business owner in Itasca, Illinois.  Mr. Johnson published in more than 1032 publications, his poems have appeared in 37 countries, he edits, publishes 10 different poetry sites.  Michael Lee Johnson, Itasca, IL, nominated for 2 Pushcart Prize awards for poetry 2015/1 Best of the Net 2016/and 2 Best of the Net 2017.  He also has 166 poetry videos on YouTube: https://www.youtube.com/user/poetrymanusa/videos.  He is the editor-in-chief of the anthology, Moonlight Dreamers of Yellow Haze:  http://www.amazon.com/dp/1530456762 and editor-in-chief of a second poetry anthology, Dandelion in a Vase of Roses which is available here:  https://www.amazon.com/dp/1545352089.  Michael is also editor-in-chief of Warriors with Wings, a smaller anthology available here: https://www.amazon.com/dp/1722130717

If you'd like to listen to Michael read his poetry, here are some links for you.  The first is to "Old Men Walk Funny": https://www.youtube.com/watch?v=JXmR4EYCtDs

Next is "Just Because, Bad Heart": https://www.youtube.com/watch?v=GkU1cX3pHok

Here is "Canadian Seasons: Poet Out of Exile": https://www.youtube.com/watch?v=k8YlKU1uOH0

Now to play a little music....  Recently YouTube recommended Junior Mance's music to me.  Here is his version of "I Wish I Knew Now How It Would Feel To Be Free":  https://www.youtube.com/watch?v=spHHYXRDwqY&list=PLP9Vt7ZHFF5q77fUz9Io_mKDWTfYjC0w0