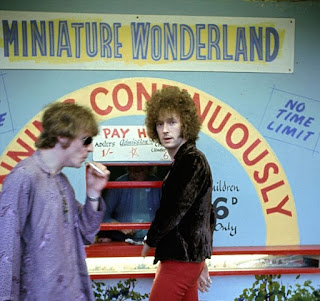 Longer ago than I care to admit Alan Britt sent me some poems that I'd like to post tonight.  I'm happy to see that his first poem references various bluesmen born in the 1940s, most of whom are new to the contest.  Alan, by the way, was also in Resurrection of a Sunflower.  I am always thrilled to publish someone from Catfish and Marc's anthology!

USING THE BLUES AS A MEAT TENDERIZER

Sprinkle in Eric’s falsetto and you’ve really got
something—a sprig of Mayall, Jack Bruce, Stevie
Winwood—rolling rock on its ear, as if rock’n’roll
had an ear according to swingsters cartwheeling
their way across Nazi ballrooms.

A pinch of Derek Trucks for good measure,
just enough to tenderize what many preachers
call porterhouse love affairs on the verge,
on the verge, on the verge of what some poor
exhausted praying bastard might say if only
he had a love affair.

So, forget the verge; better he doesn’t know;
easier that way. & with your alchemical harp,

This next poem is surprisingly timely! 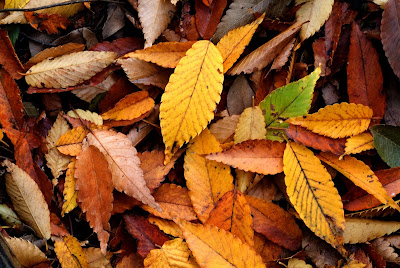 I've already forgotten which day
it was I've forgotten! 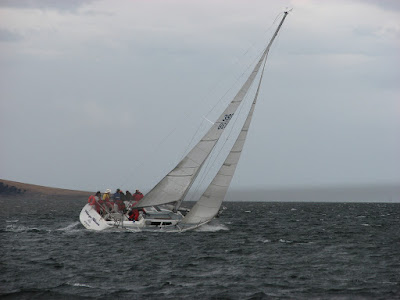 I understand how it feels to be tangled in monofilament line
cast from a corporate yacht by its captain donning a white
fabric black-brimmed cap that features a braided yellow trim
slip-knotted at both ends with gold embroidered ships wheel
& anchor on a black background.

I understand that certain sentiments when threatened
erupt like Mount Tambora.

Enough or too much, William poses the eternal question?

So, how much is enough? 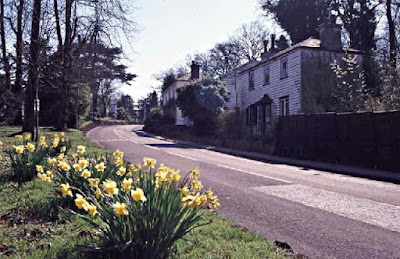 AS APRIL YAWNS, I ENTER

Algae, like waves staining beach sand, bruises
the torso of a whitewashed shed.

Like lava, pollen migrates from barbaric verbs
to feral nouns one breath at a time. 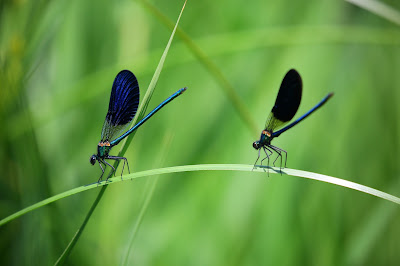 Tyger dragonflies—her hair after
a gust during 3rd grade recess.

Initial commands sketchy
when nuclear weapons
entered the conversation,
head beneath Florida desktop,
body curled like armadillo
scale by scale, link by link,
into the vault, a dream of sorts,
but vault all the same,
accountants disappearing in quicksand,
rulers on roller skates behind Plexiglas,
behind the advertising cartel all smiles
ripe for orthodontic ads—reminds
me of lavender-dipped-in-opium
perfume intoxicating the rail-splitter
in me—I had two cows, maybe,
six goats, & three mangy dogs,
for sure—I had some chickens
won in a euchre contest—feathers
flew, eggs hard to come by—but
I inherited something cherished
by primordial DNA—I found love,
or it found me—either way, from
this day forward I’ll spread
poetry like Johnny Apple
spread his seeds.

I hope that the link to the interview with Grace Cavalieri works!

Tonight I'd like to post some videos of Michael Brecker, another musician born in the 1940s.  His Don't Try This at Home was the first jazz CD I bought.  "Itsbynne Reel" started off the CD:  https://www.youtube.com/watch?v=NL_DoqyKXJQ

"Suspone" is another song from that CD: https://www.youtube.com/watch?v=6hTvej7KRiU  It sounds like a song from another place and time.

Let's add to my collection of "Night in Tunisia" with Chaka Khan on vocals: https://www.youtube.com/watch?v=YZMIQMw3F2E

Here is Michael and Randy Brecker's "Some Skunk Funk": https://www.youtube.com/watch?v=wLEv8w1QwAA

Tad Richards, Douglas Malan, and the Other Side of Midterms!

This past summer Tad Richards sent me a non-driving poem, which I am going to publish tonight.  Although the non-driving contest was last season, I am always happy to post poems in that vein as both my husband and I do not drive.

It was Buddy Holly and the Crickets.
The guy was in the seat in front of me.
The girl was wearing black toreadors,

tight, so she had to squirm and help
for him to get all the way down.
They left halfway through the set.

My first rock and roll show
(I’d been to New York alone before,
to see the Dodgers at Ebbets Field),

I guessed I would have done what he did,
given the chance, but it would have been
a tough call. The Cleftones
were still on the bill, and the Moonglows,
Thurston Harris and the Charts,

Hand Me Down
For lunch,
I drank more tequila
than typical on a Monday in October,
and decided I needed a Halloween costume
in Dia de los Muertos style.
I floated toward the cavernous thrift store
by the greasy Chinese take-out joint
in the depressed 1960s Florida strip mall
that sheds aluminum siding
like metallic dandruff off a balding head.
Sweat trickled down my back,
pounded out of my pores by a molten afternoon sun
with no breeze under a damp mohair blanket of air.
The thrift store’s cold mustiness embraced me.
The few people shuffled across filthy industrial tiles
in a slow-motion, fluorescent fog
with faces frozen by pain, resignation or drudgery
made functional by the use or abuse
of various substances, manmade and otherwise.
At the front,
the smudged-dusty glass cases showed off
decorative plates
depicting landmarks of Libertyville, or
thin tin signs championing creamy root beer, or
old jewelry that once was worn only on the most special occasions,
all positioned in a neat jumble of past-life detritus.
Moth-balled racks of clothes hung languidly
off broken-down hangers.
The creaky PA system leaked out
some familiar chorus,
Alllllll byyyyyy myyyyyself,
don’t wanna be
alllll byyyy myyyyyyself.
I drifted across the grungy floor
to the “Halloween section” that was
a handful of sad, mopey costumes on a rolling rack.
and would have worked for me in another time and place
I was fortunate to leave.
Tequila and curiosity
destroyed my structure and sense of direction,
causing me to turn right instead of left,
back into the racks
of what others call odious rags.
When I emerged,
into heat too harsh for October,
I had achieved my goal, even when I hadn’t,
by walking out with a bag
of dead men’s clothes.

Friday night my husband and I went to a fantastic concert by Lila Downs, so I'll post a few of her songs.  I can't find the one I really want, but I will start with "Peligrosa":  https://www.youtube.com/watch?v=d_AhbM5WSYA

She sang one song about the teacher and the spider being punished for their negligence.  Not sure if it is out yet.

This video of "Zapata Se Queda" is a little spooky: https://www.youtube.com/watch?v=beuRgIqxTnY

I'll finish with her singing at Hollywood Forever Cemetery: https://www.youtube.com/watch?v=0pPajVXWehg 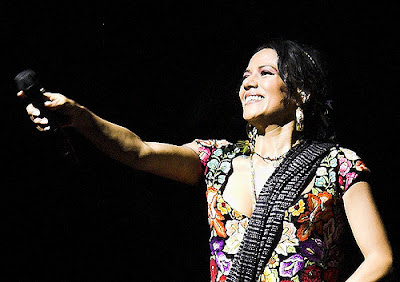 Posted by Marianne Szlyk at 8:13 PM No comments:

This morning I have the honor to present some poems by Mendes Biondo, a fellow contributor to Resurrection of a Sunflower.  Mendes, by the way, is also the editor of Ramingo!.


The wheat came in sunny days

it will come the storm
said his children

let it come
said him to them

let them come
said him sowing


in the sunny days

so I stole twenty poppies


because I could not bring more 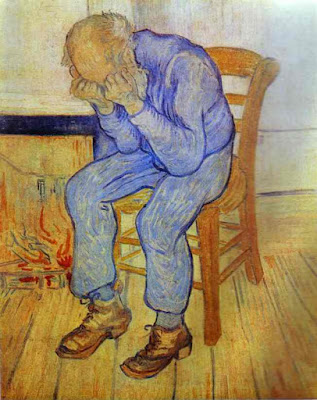 I don't think I've played Gary Bartz' music for a while.  He is a favorite of ours, and my husband even ran up to him for an autograph.  (He doesn't do that very often.)

Let's go back to 1976 for "JuJu Man": https://www.youtube.com/watch?v=lifGqtiHdQg

"Peace and Love" is from the same album: https://www.youtube.com/watch?v=hcSoXKNH2JA