I've decided to switch things up this week with a visual entry although one could say that "Song of My Selfie" is the poem of the week.  Boston artist Tamara Safford was kind enough to send me some of her work for display at The Song Is...

The first two paintings are from her recent trip to Rwanda.  The other work below include a memory-collage of paint and photographs, a painting of her late cat Bean, a drawing, and a plexiglass work, also a memory-collage. 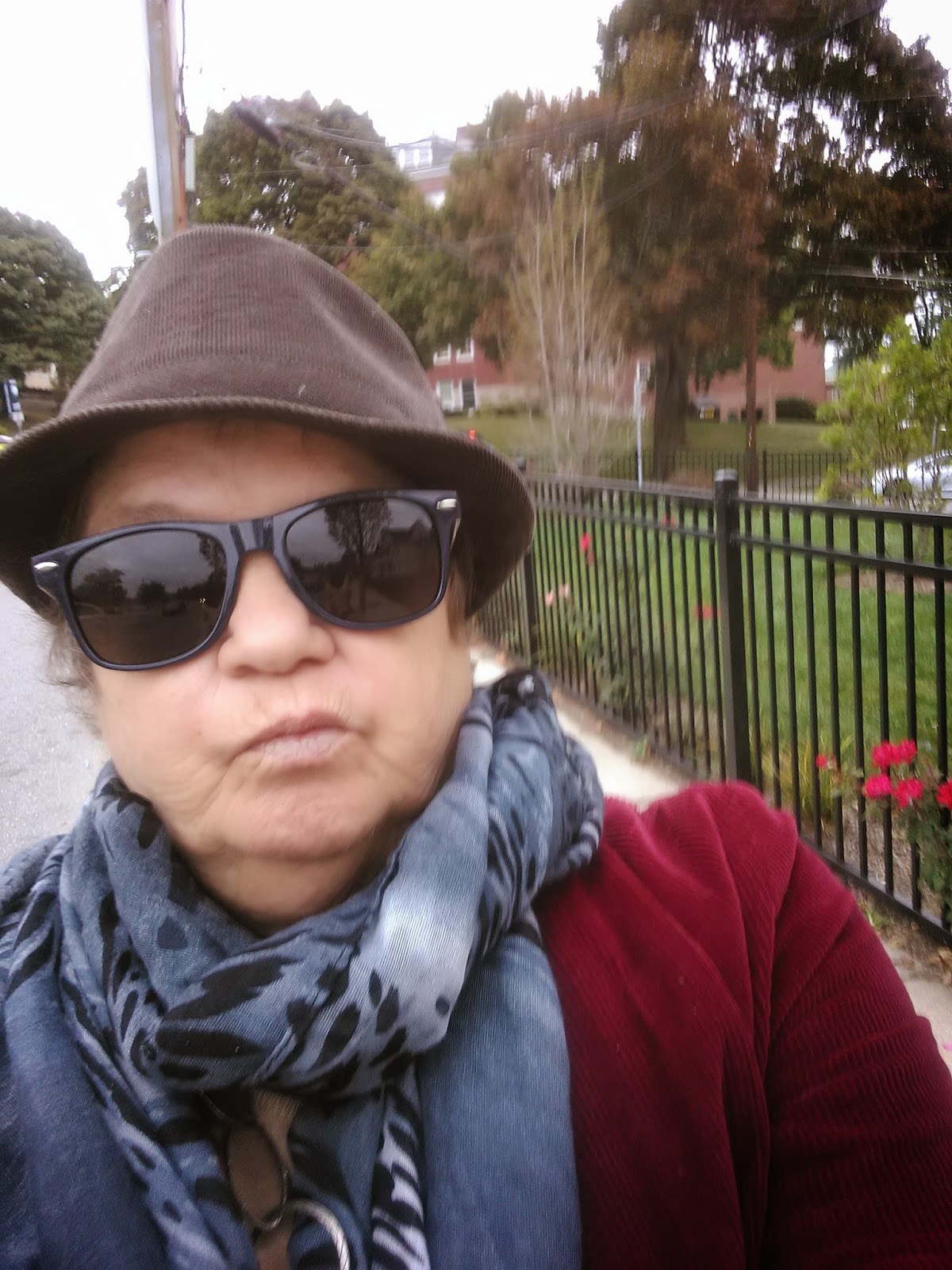 Posted by Marianne Szlyk at 5:56 AM 2 comments:

Song of My Selfie 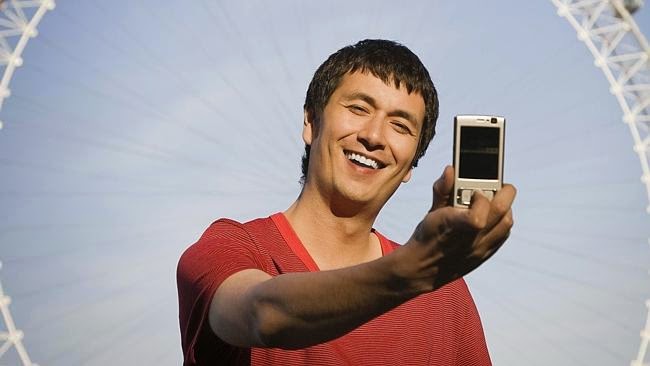 This Thursday I will be posting Tamara Safford's art, but today I thought I'd include this satirical extra by Ethan Goffman.  Enjoy!

Song of My Selfie
(Walt Whitman updated for the 21st Century)

I have heard what the bloggers were blogging, the blogs of how my side is right and yours
Is narrow minded socialist Nazis

Loafe with me on the virtual grass
Be intoxicated by the grass, not of the ‘60s but of the computer age
Get high, not on mountains, but on photos of mountains
With stimulating background music

A child said what is the virtual grass, summoning it with a click of the mouse
How could I answer the child?  I did not know any more than he.
I guess it must be the stuff created by the Asian IT people
Who studied math and engineering and higher philosophies
than are found on a million Facebook pages

Every image dredged up by me
From the unspoken depths of the internet
Is hearty and clear and pure and good
Not an inch or a half an inch is vile
For the human body is, indeed, beautiful
Though I erase it quickly should someone else walk into the room

I peruse manifold objects with minimal Google terms
And every one good, each perfect in the instant of its recreation and dissolution
At my whim, I am a virtual god and am good in each of my downloads

Stop this day and night with me and you shall possess
The secrets of my day in brazen detail
When I awoke, who I had lunch with, what convenience food I am having for dinner
A smiling photo of me and my lunch companion
A photo of my cat, asleep on the couch
What causes I support, what petitions I have taken 10 seconds to sign
A photo of me with the cat on my lap
What I think of the latest pop sensation
What I thought of the previous pop sensation
A photo of my cat, asleep on the bed


I am small, I contain platitudes

For your listening pleasure, the poet has recommended these tracks, starting with Madonna's "Material Girl," moving to Nellie McKay singing "It's a Pose" on Conan O'Brien's show, and finishing with some Malcolm Daiglish, whom he finds to be Whitmanesque.

Below is a picture of my cats.  You recognize Thelma; the calico is Callie. 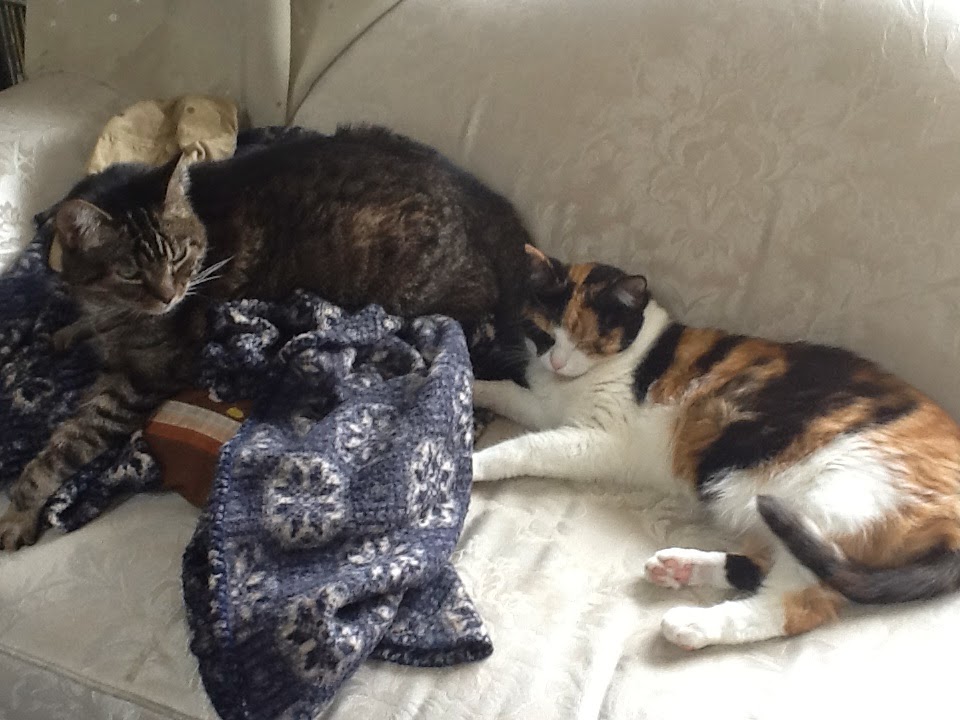 Posted by Marianne Szlyk at 6:04 AM 3 comments:

Words and Images for the Fall 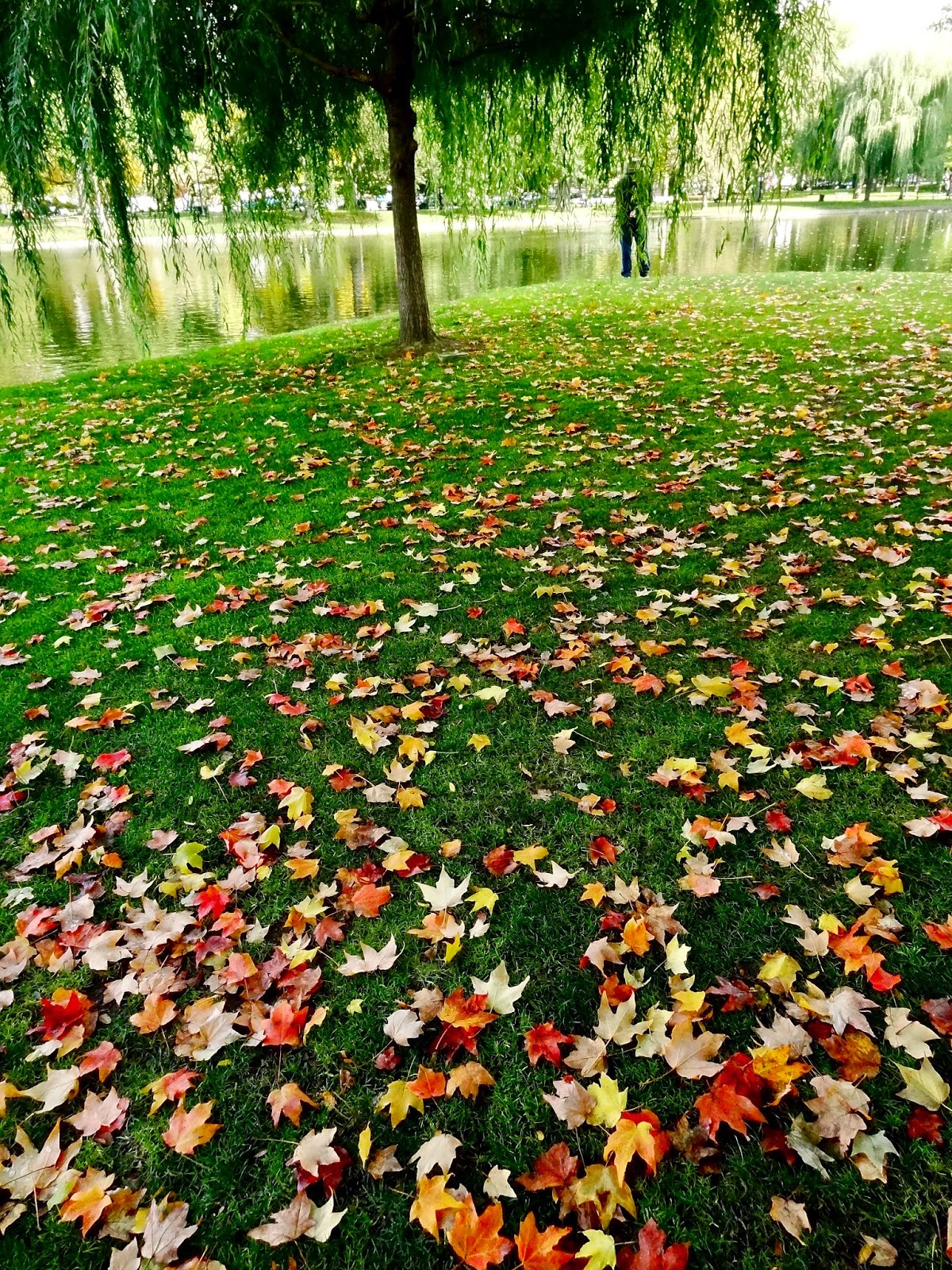 My friend and teacher Joan Dobbie has been wading through quite a few emails from me about The Song Is.. and its various contests.  She finally sent me a poem from her book Woodstock Baby: Made in Boston.   The formatting for this poem was tricky to do on Blogger, but I hope that you enjoy its twists and turns.  In more ways than one, it is a moving poem.

Joan also sent me an image of a word art picture poem, which she had created at a recent conference. This poem captures the 1960's creative spirit and blurring of boundaries when musicians were poets and poets were artists and...

Joan (Thaler) Dobbie writes, sculpts and teaches yoga, in Eugene, Oregon. She has two grown children and six rapidly growing grandchildren, all of them much too far away... She has a 1988 MFA in Creative Writing from the U of O. For the past thirty years she's published, taught and promoted poetry. Most recently she co- edited BEFORE THERE IS NOWHERE TO STAND, Palestine/Israel, Poets Respond to the Struggle (Lost Horse Press, 2012) and THE MANY FACES OF HATHA YOGA (KENDALL/HUNT 2012-2013.)

And, yes, she did attend the original Woodstock and did live in the Boston/Cambridge Mass. area between the years of 1969 and 1974. It is from her real life experiences that these poems emerged, around fifteen years after she left Boston, finally to find themselves in print twenty five years after that!

Woodstock Baby is available through The Unforgettable Press:  http://theunforgettablespress.blogspot.com/ 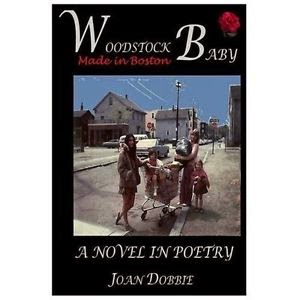 Posted by Marianne Szlyk at 5:54 AM No comments:

The Elephant on the Keyboards 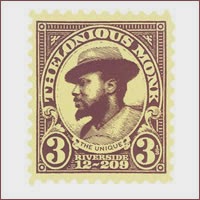 This week the poet Martin Willits, Jr. portrays another side of Monk.  A versatile poet, Martin takes on the voice of the great musician himself!

No elephant can play the pauses, the off-beat,
know when silence is needed and when to fill
with as many notes as possible. No elephant
can do what I do, wearing beret and shades
because the lights of fame are blinding, man.
O, they can trumpet; I’d put them in the horns,
they’re used to working for peanuts anyhow.
But can an elephant get up from playing, dance,
go back to play without missing a step or note?
I think not. Can an elephant carry a tune
like it was heartbreak or sunbreak? Thought not.

Come to think of it, what’d you know about music?
I’ve been on the cover of Time; what’d you do?
You all think you pretty smart, been to school,
but I have been to hard times and no-times and
thrown-out-times and hard-swinging times.

When the mainstream critics, like you,
don’t get it, it’s because you ain’t got no ear
like an elephant. I take it as an accomplishment.
I must be doing something right
when you get it all wrong. 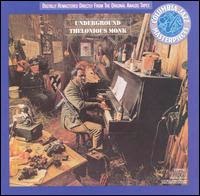 Martin Willitts Jr is a Quaker, organic gardener, visual artist of paper cutouts, and retired librarian. He won the International Dylan Thomas Poetry Award and read in Dylan's birthplace of Swansea, Wales. He has 6 full-length collections and 28 chapbooks. His most recent include “Before Anything, There Was Mystery” (Flutter Press, 2014)), “The Constellations of Memory and Forgiveness” (Seven Circles Press, web book, 2014), “A Is For Aorta” (Kind of Hurricane Press, e-book, 2014), national chapbook contest winner “William Blake, Not Blessed Angel But Restless Man” (Red Ochre Press, 2014), and "Swimming in the Ladle of Stars" (Kattywompus Press, 2014). 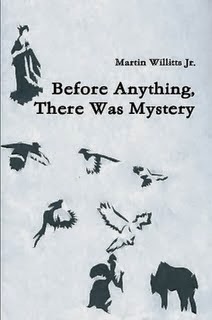 I was going to post some covers of Monk, but with Martin's poem, I cannot.  So here are a few of Monk's songs from his album Underground:

"Boo Boo's Birthday" celebrates his daughter Barbara who would also become a musician herself:
https://www.youtube.com/watch?v=J5hcaJC6J-U

I hope these songs encourage you to write your own tribute to Monk, speaking in your own voice, his voice, or someone else's.
Posted by Marianne Szlyk at 6:01 AM 6 comments: 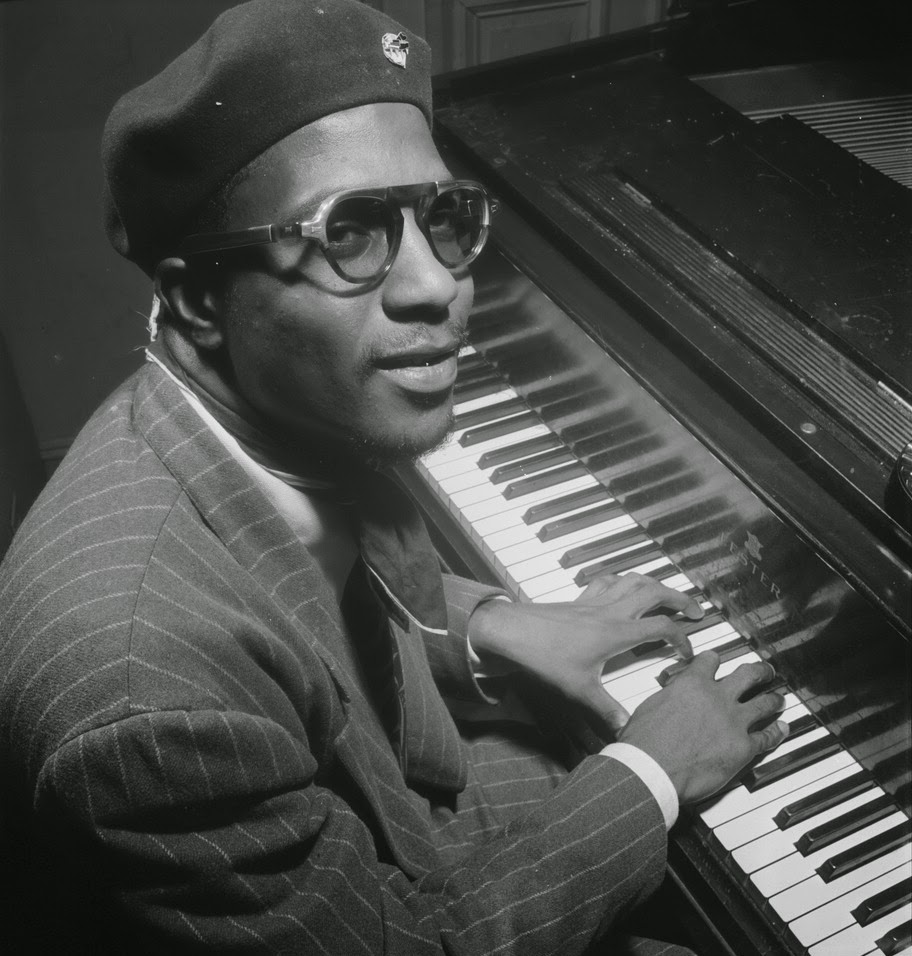 i am interpreting, yes
, what has held in place an examination
prior to my altering infatuation with
musical foundation and language as
advocate of my body’s often-bending
notions
to become what expands within
the generational differences of
same-season reaching

Felino has also provided the music that inspired his poem:

Next is the Robert Glasper Trio live in Detroit: https://www.youtube.com/watch?v=xYYMvZgJgnI

Finally, we have Jason Moran live in Minnesota: https://www.youtube.com/watch?v=DqpzW3NMByc 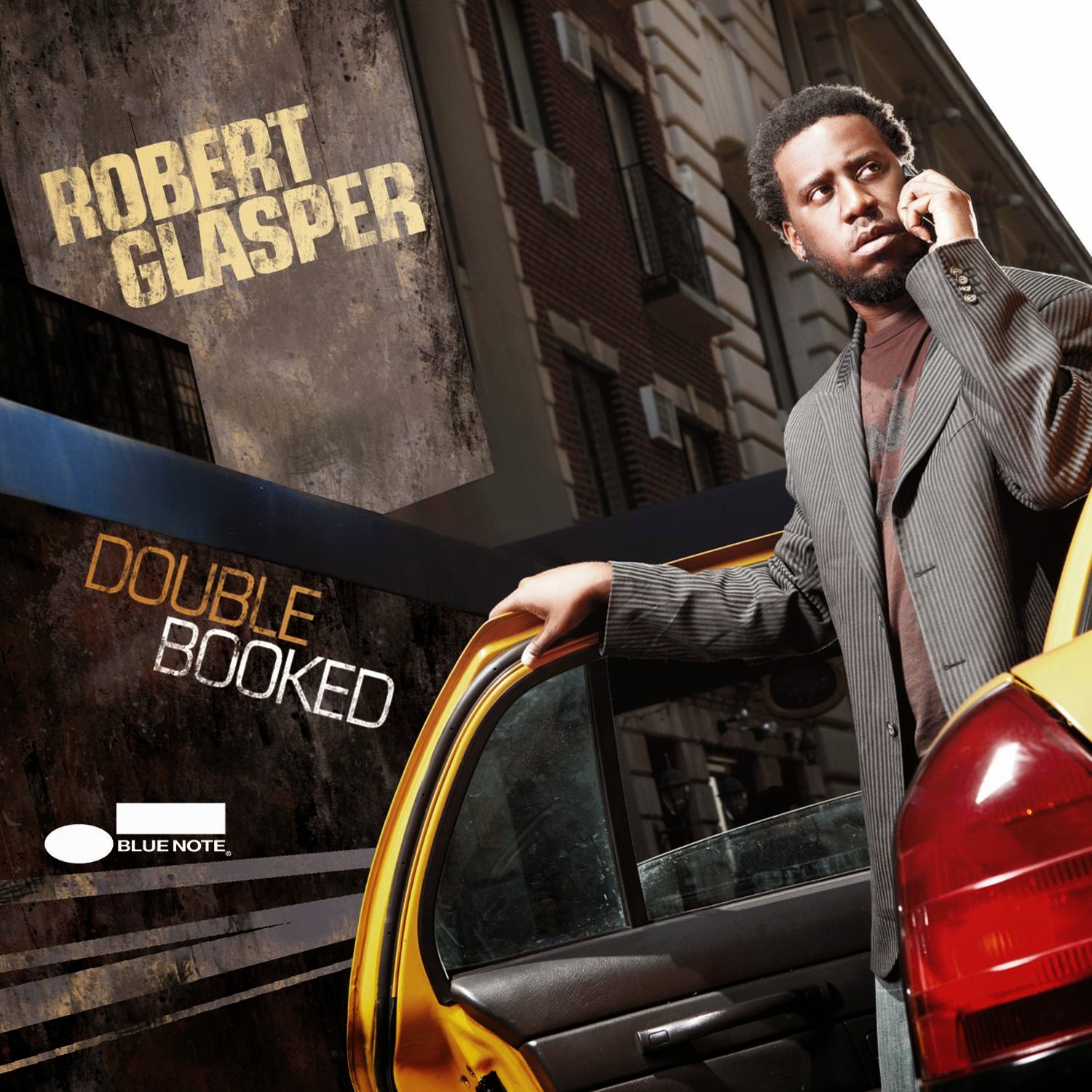 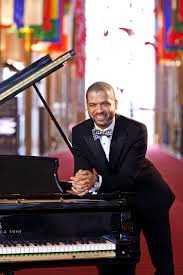 I hope that these words and this music inspires you!  Remember that the Monk contest includes performances of his songs by contemporary musicians like Glasper and Moran.
Posted by Marianne Szlyk at 6:01 AM No comments:

I'd like to start off the fall contests with Regina Walker's moving poem "Hiraeth" -- and her beautiful photograph of the Lower East Side.  Regina and I were both part of the dynamic Felino A. Soriano's new journal Of/with, and I'm happy that she is now part of The Song Is... as well.

I am the water
That washes the fruit
My children will eat.

I am the tear
That falls from the eye
Of the mother at her child's graveside.

I am the shot of fluid
That escapes the needle
Before that moment of relief.

I am the last drop of vodka
The alcoholic swallows
Before he says "no more."

I am the dirty melted snow
That trickles into the gutter
Bringing along small pieces of garbage and debris.

I am the stream
That slowly, slowly wears away the stone.
Moving, traveling, disappearing.... 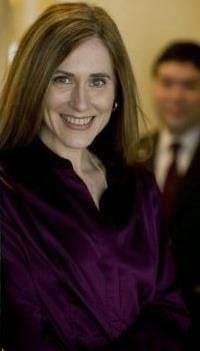 Regina Walker is a writer, photographer and psychotherapist in NYC. Both her writing and photography have appeared in various publications and her photos have been on display in a number of galleries in NYC, Florida, NJ, Los Angeles, CA and Woodstock, NY.  Regina Walker is the Senior Writer for Revolution Magazine USA and can be reached atReginaannwalker@gmail.com.

I hope that you will also explore the wonderful work at Felino's journal: Of/with.  Regina's poems and photographs are on pages 60 to 65.  Clifford Brooks and Holly Holt's poems also appear in this issue:

I'll close with a few of Gene Clark's songs from his collaboration with Carla Olson.  I am not sure whether Regina intended this poem for the Clark contest, but his songs fit the mood of her poem well.  Enjoy! 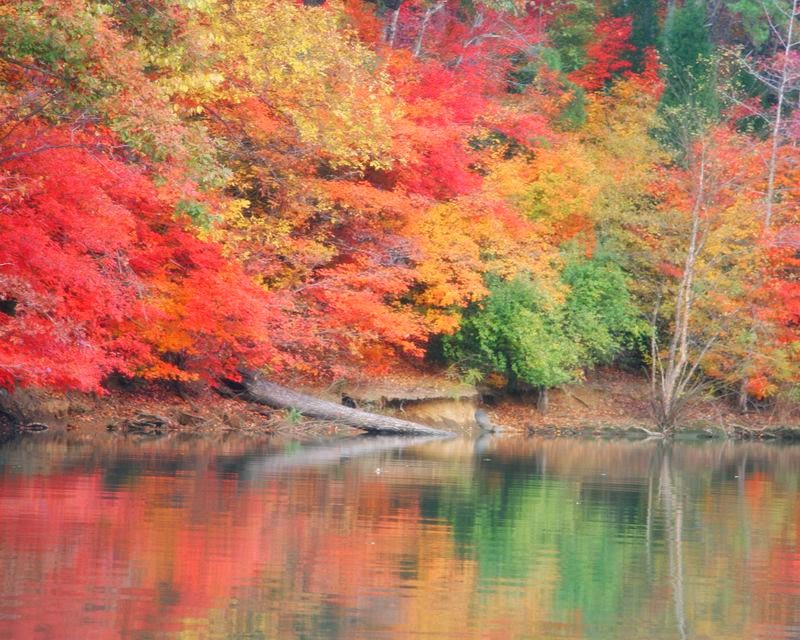