Tonight I'd like to post some poems by my close friend Stacie Marinelli.  We met in a writers' group that met in Boston years and years ago.  I hope that you will enjoy her poems inspired by musicians born in the 1940s Michael Franks and Mickey Hart.

So now we’re on a beach in Rio
and the saxophones tremble, the flutes trill,
and we’re drinking margaritas,
but it’s so not Jimmy Buffet,
it’s New York cool, Paris chic

Practice makes perfect when it comes to love since
love is a string of pearls, a slow dance, a symphony,
and, as we all know, love is the answer we seek

He’s a skinny guy with thinning hair,
growing older like I am,
and I’m showing my age just by writing about him.
Christ, this guy hasn’t been big since the 80’s
and now his music’s called “smooth jazz”
which makes all the purists I know cringe.

But I don’t care when I'm inside this musical dream
where jungle parrots scream, jaguar and python fight
to stay alive, and we all roast bananas, drink mate tea
around a fire, and are engulfed by the raging river that is love.

And as the lyrics gradually enter me, I'm no longer in DC,
I’m lounging in a kimono on a breezy Sunday, somewhere
seated on a patio flooded by sunlight, listening to waves
that resound endlessly

I was writing in my journal and you had that drum CD playing and
it was driving and urgent and
it was all the things I wanted it to be
as I wrote with the rhythms and remembered
a scene from back in college, dancing with a troupe of Puerto Rican men -
and as I was brought back with the music,
I remembered all the living I did back then,
all the living for the moment.

And the CD in your apartment ended
and I was left with the memory and the music.
This was not a transistor moment –
this was the edge of the world -
and you were there and you
were in a completely different moment
but for that moment
that one single solitary moment
it really didn’t matter

If you'd like to listen to more Mickey Hart, here is his "Umayeyo": https://www.youtube.com/watch?v=e5TVPNUF9xc

Here is his "Elephant Walk": https://www.youtube.com/watch?v=Gxyqgdl_Ybo

I'll add a video of him with Kodo drummers: https://www.youtube.com/watch?v=FuLWqw6btw8

I'll finish with a version of the Grateful Dead's "Fire on the Mountain" that features him: https://www.youtube.com/watch?v=V0jt-2huWAg 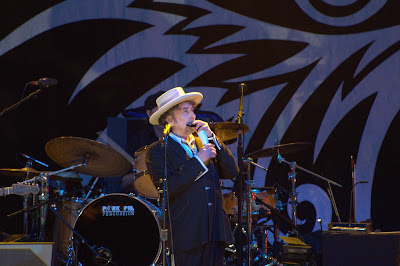 Let's return to the 1940s contest with Perry Nicholas' poems inspired by Bob Dylan, one of the more prominent musicians born in that decade.  The picture above is Dylan in concert in London.   Perry's poems, by the way, are in the wonderful anthology Resurrection of a Sunflower.  Have you bought your copy yet?


I hurry home to our sanctuary,
finger a lock of your hair,
stare at the page-white ceiling
at shadows like shadows on a stage,
partial phrases still pinging in my head.

The naked truths are: we are comfortable here,
he should consider reciting his farewells.
You are my sad-eyed lady, and I resist
dislodging my arm from underneath your neck
to find a pencil, let it sing, never one
to risk line breaks in unnatural places.

We are natural here, a bluesy melody
under the radar of electric, garbled lyrics.
He and I need to say our complicated goodbyes.
You and I fit into each other, simply spoon. 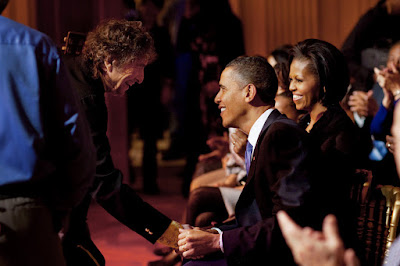 ALL THAT RIGHTEOUS POETRY

You can always come back, but you can’t come back all the way—Bob Dylan

No, I never realized I would be
surrounded by those who couldn’t see,

loving eyes that remain unopened,
never read a book in their lives.

I’ve been through two lifetimes now,
one leaving only scribbles on a page.

You asked me to write down my questions
since I was on my way out,

but I’m still here.
With all this righteous poetry.

Karl Berger is a vibraphonist, educator,  and pianist who is based in Woodstock and, with Ornette Coleman, founded the Creative Music Studio.

I can't find a video of Berger and Sanders together, but here is Sanders' "Astral Traveling": https://www.youtube.com/watch?v=T4nAGtdkU88

Berger leads the Stone Workshop Orchestra in an excerpt from "Ornette" :  https://www.youtube.com/watch?v=N33oIOUnskE
Posted by Marianne Szlyk at 8:19 PM 1 comment: 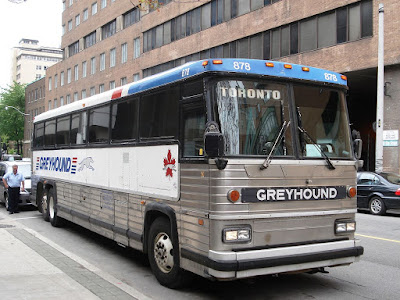 Tonight I am changing things up with Wayne F. Burke and his poems.  He, too, is a poet from Resurrection of a Sunflower.  I hope that you are enjoying these poems by participants in Catfish McDaris and Dr. Marc Pietryzkowski's anthology.  Perhaps they will encourage you to buy the anthology!

I told the girl
sitting beside me
on the bus
that I had to use the bathroom
and as I stood
she said "no thanks"
which
I thought odd,
and as I leaned against the bathroom wall
and pissed down the metal hole
as the bus swayed back & forth,
I realized that she had thought
I had asked her to come with me
to the toilet,
something I had not considered,
ever,
even though
I had been feeling her tits since Denver...
Who or what did she think I was?
Not much, I guessed.
I got off the bus at the station in Rawlins
without asking her name or number. 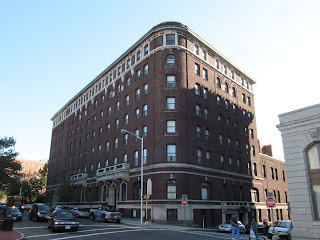 I got a room in the YWCA
which was immeasurably better than
sleeping outside
on a bench in the park
although the Y was not without problems;
there were roaches who
came out at night
and ran across my face
I tried to sleep with my mouth closed
but woke one night
after a tickling in my throat
and swallowed one
and the roach started to walk around
inside of me
I could feel it
and would punch myself in the belly
and people probably thought me funny
but I never could kill it and
finally
I went to see a doctor
and was given some pills
I took but then
stopped taking after I over-heard some trees
talking about me
I drank some Clorox
to kill the roach
but only made myself ill
and I went to the hospital
and had my stomach pumped
(I hate that)
and still the roach
I could feel it kicking
growing bigger
and I decided to cut it out
and bought a knife
for twenty dollars
but before I cut
the thing came out
suddenly
a healthy seven-pound
boy
with little roach face
and two cute tiny antennae. 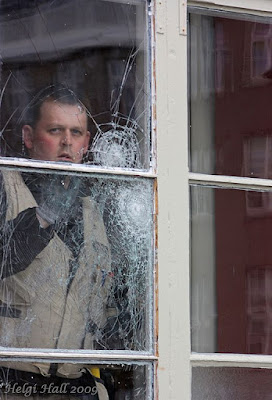 I returned to the apartment
at midnight
after the last shift of
my work week
and got out
of the car
my sore legs and feet
and the little Shit-Sue dog
upstairs
started to bark from the window
and I bent
picked-up a rock
and threw it
and heard the window glass
crack
and shards fall
with a sound like chimes
and I ran
around the house,
climbed the stairs to my place
and sat
in the dark,
and listened to excited voices
next door
and watched for cops
who never came,
and when the voices calmed
I went to bed
but just as I started to fall
asleep
that damn dog
began barking
again.

I don't remember if I've posted anything by Jack Walrath.  The title of this song, "Napoleon Blown Apart," is worth including: https://www.youtube.com/watch?v=ODA2QnvnNsY

Here is Walrath's version of "I'm So Lonesome I Could Cry," the one video from his Master of Suspense CD:  https://www.youtube.com/watch?v=sSyJl5gY--o

I'll finish with a live version of "Suzy's Knees": https://www.youtube.com/watch?v=yJLEqnAh9Zc:
Posted by Marianne Szlyk at 6:52 PM No comments: