This next poem appeared in Thirteen Mynah Birds.


Flirting with Disaster
by A.S. Coomer


My mother lost everything
she owned
--twice--
in house fires.
She smokes like a goddamn chimney.
Always has.
I guess, we all flirt with disaster
in our own terms.


I tend to spend too much time alone.
I’m not good on my own;
you see, I got these itchy fingers
and bad ideas. I got this circling mind
and backload upon backload
of misplaced time and it all makes me
cringe.
I guess, we all flirt with disaster
in our own terms.


I know people with fixations,
addictions come in many shapes and sizes,
it’s not all brown bottles & little plastic baggies.
They tend to bumper-car through life,
shielded, however scantily, by ideology, belief,
substance or everyday wishful thinking,
leaving a little tread here,
a little rubber bumper there,
until they’re skating,
as the old proverb goes,
on thin ice.
I guess, we all flirt with disaster
in our own terms.


And isn’t this sounding like a song?
Something loud, bluesy, abrasive,
sweating right along with the cheap,
domestic light beer on top of the rattling, busted amp?
I’d make it one if I could play lead
but I’ve always been out here,
on the off-beat,
in a jerk and sway rhythm section
no one wants to listen to anyway.


with a little more substance
than that long wind blowin’ 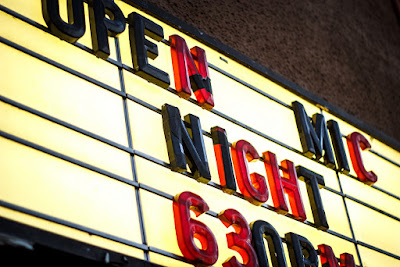 A.S. Coomer is a writer, musician, artist and perpetual rain dog. His debut novel, Rush’s Deal (Hammer & Anvil Books), came out December 11th, 2016. The Fetishists, his second novel, was published March 20th, 2017 by Grindhouse Press. He is co-editor of Cocklebur Press, a small, independent poetry press. He runs Lost, Long Gone, Forgotten Records, a “record label” exclusively for poetry. Five of his original compositions were recently featured in the Museum of Americana's The American Songbook. You can find him at www.ascoomer.com, www.ascoomer.bandcamp.com & www.lostlonggoneforgottenrecords.wordpress.com.

I'll finish up with some music.

"Refugee" has always been one of my favorite songs by Tom Petty: https://www.youtube.com/watch?v=F0Sovhjz7g8

Here Tom Petty plays "So You Want to Be a Rock and Roll Star" with a version of the Byrds (Roger McGuinn, Chris Hillman, David Crosby, John Jorgenson, and Steve Duncan): https://www.youtube.com/watch?v=ksIxcwEWHM0