In a Mother's Voice (Amber Smithers and Joan McNerney) 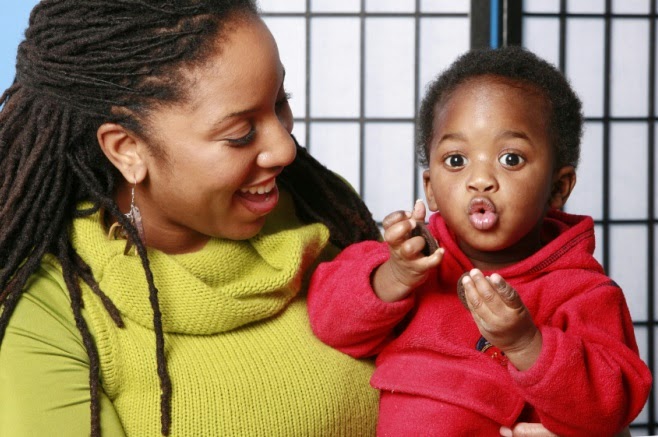 Today I'd like to focus on poems in a mother's voice.  These are for the Michael Brown contest.  The first poem is by my former student, Amber Smithers, a young woman who may become a filmmaker.  (She has so many interests, and I'm glad that she decided to participate in this contest!)

A Lullaby to My Son

I am not sure that Joan McNerney's poem is also a mother's voice, but it speaks to the pain that a mother faces when she loses a son to violence.  As women who are not mothers, neither Joan nor I can imagine what it is like to lose a child in this way.

Below is a picture of Emmett Till with his mother, Mamie Till-Mobley, who outlived her only child by forty-eight years. 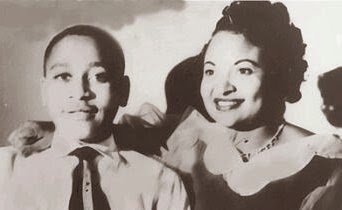 I'll finish with some more music for you.

Here is a link to a performance of Dan Furman's "For Emmett Till":  https://www.youtube.com/watch?v=TOXqx0CGYss

I also wanted to add Bob Dylan's "The Death of Emmett Till" although I'm not sure how long the video will be up.  https://www.youtube.com/watch?v=RVKTx9YlKls

Here Nina Simone sings "Revolution" and "Strange Fruit," adding her commentary on the role of the artist in society.  Note that this video includes graphic images of victims of lynching.
https://www.youtube.com/watch?v=9QRjz6TYmYk

Gregory Porter's "Mother's Song" is more hopeful and soothing but I wanted to end on a different note:
https://www.youtube.com/watch?v=LvsFVg_Cc2o
Posted by Marianne Szlyk at 7:46 AM