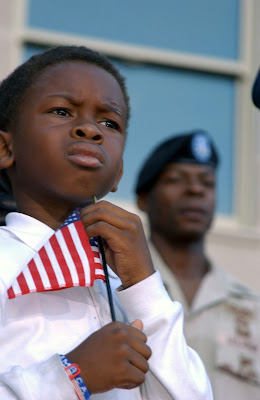 Summer has long been over weather-wise and on the calendar.  In fact, today, I was thinking about taking some of my fall/winter clothes out from the shed.  Today I am concluding the spring/summer season at The Song Is... with Bola Ade's poems.  Bola is a former student of my friend Avis D. Matthews.  Avis sent me a selection of Bola's poems, noting how powerful they are.  I agree!  I also think that they are a fine follow-up to my former student Alex Conrad's poems.

I love this new age of outrage.
Children adults
light to dark skin
Black Women, men, and children
Rushin the streets, signs in hand.
Armed with knowledge.
Fighting for freedom In this 21st century Selma.

Mr. Officer, President, Governor do you see them?
Us, we the people.
Our Natural sisters
Loc’d brothers and fathers
Will you please free them?
You pelt us with insults and bullets.
Hang us by our white collars
Because Jim Crow didn’t stop us
Slavery didn’t stop us
Ferguson didn’t stop us

When did officers of the law become oppressors of the colored?
When did we reach a time
when an 18 year old black boy is
more likely to be cut down by 8 bullets
Than to be elevated with 8 scholarships

Why are black boys and girls being told to
perm, cut, & tame their hair
To de-culture and deaden anything that
Corporate America deems “unsophisticated” and “urban.”

When did our melanin become a generational albatross
Why do black parents have to prepare their children
For being colored in this world.
For the cross that they must bare
The racism that they must fare
The glass ceiling above their heads.
The closed doors.
The segregated spaces they dare not venture to.

The ancestors of Black Americans were once shackled to boats
Raped, beaten, set ablaze and hung from trees.

I am in love with this new age of outrage
Where mental shackles are being broken
So our sons can do more than line the streets with their dead bodies,
& our daughters can be more than vessels for objectification

“Then we the negroes do solemnly swear
To decimate every racially imposed barrier fashioned against us.
So that the principles of real liberty, and real justice for all
shall truly come to be.” 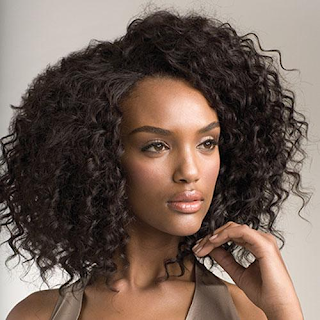 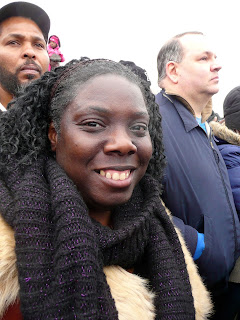 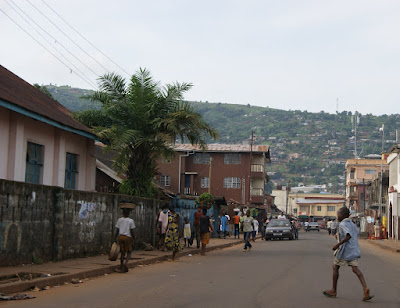 Hotep sh*t
Queen this Queen that. I struggle with the surfaceness of this Queen phase. The pretentiousness of it. The lie. The look in the mirror & tell yourself your ancestors all wore heavy eyeliner, carried gold and diamond encrusted crowns on their heads, & sprawled hieroglyphics on walls. When truth be told many of our ancestors were peasants. They were the ones upon whose backs the great pyramids where forged. Stoic statues were etched. Not in their image..but by their hands...Everyone is not royalty. If we lived in a world where everyone had a castle. Who would live in the regular homes across the ocean. Who would be regular. Everyone does not have an ancestor from Cairo. Some people came from the slums of Sierra Leone...the boys squatters of Nigeria. This Queen and King phase that I notice a lot of blacks going through...is almost like a parody a simplistic replica of African culture..In my country I am a princess. My father is a would be King. But this neither adds nor detracts from me. My queendom is the empire I seek to build. Not the one I presume my great grand father had.

Like a perpetually revolving door:
I have been both the prisoner and the warden
I have caged and buried you
Only to watch you seep through the cracks
I have laced noose around your neck
And watched life leave your eyes

Only for you to rise again
This time bigger
and stronger
more enraged
More erratic
More menacing
More terrifying
Than ever before.
I have cowered before you.
I have
Submit
myself to you

Time and Time again.
Like a perpetually revolving door:

I’ve asked for nothing but peace
Yet you demand war

These days I feel the ache in my knees,
The sweet agony of release.
This caricature can not delineate my soul any longer
And my back dare not carry this burden any further.

So I write.
Erase.
Rewrite.

Rip and burn away the history

The memories.
The ones I’m forced to regurgitate.
The ones I feel boiling in the pits of my belly
The ones that spew forth
When
Words come tumbling from my mouth
Coated in the devils elixir
Acid burns demanding my silence
As the truth strums at the back of my throat

So I write.
Erase.
Rewrite.

Disinterest
…And honestly I knew.

I knew the moment our lips locked.
There was no spark, no flicker.
I was dry in all the wrong places
The tectonic plates didn’t shift or shudder
There were no eruptions, or cataclysmic implosions.

I didn’t feel the irrepressible urge to inhale her
like her lungs held the last bit of oxygen on the planet.

I'll finish with some music. I want to find something appropriate.

Here is Marquis Hill's "The Way We Play/Minority":  https://www.youtube.com/watch?v=XUTnelul4W0  He is a young trumpeter, but this song is more than just notes.

This is his "Fly Little Bird Fly": https://www.youtube.com/watch?v=wD3cqMtKxvk

His "If We Must Die" is inspired by the poetry of Claude McKay:
https://www.youtube.com/watch?v=J1ViKurxwUQ
Posted by Marianne Szlyk at 7:33 PM