A Review of Jessica Purdy's Starland 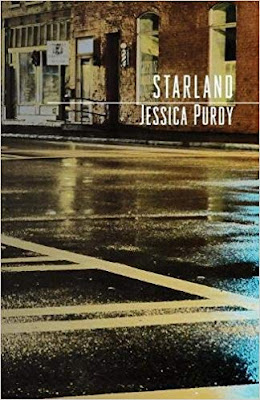 Summer is the best time to read poetry.  Tonight I'd like to post a review of a book that I recently read.  It truly takes me back to the coast of New England, a place that I didn't visit this summer.

Rooted in dreams, daily life, and the landscape of coastal New England, Jessica Purdy’s subtle poems reward the reader’s attention in ways that flashier, more direct poems do not.  This seemingly slender collection encourages readers to pay attention to the transitions between poems as the poet paints a variety of scenes from childhood, parenthood, the loss of a mother-in-law, and marriage.  These transitions add layers to the poems themselves.

Indeed, the last stanza of this book’s first poem, “After Rain,” provides what could have been an epigraph for this book: “Why, in my contentment, do I still thirst/ for other worlds, words for beauty that reveal/ themselves as messages from the sea?”  The lines lead from a watery meditation on a landscape of trees, iris petals, and a hummingbird to a summoning up of the poet’s childhood home in Harwich Port, Massachusetts through profound scrutiny of objects and actions.  The book’s final poem, “The Jar with the Dry Rim,” is the culmination of this process, being both an object that the poet scrutinizes, revealing its “kiss of a salty lip” and a metaphor for the speaker’s marriage, picking up the thread of “Perennial as Love.” Upon reflection, it may be that the speaker’s “contentment” is external and that internally she is feeling other emotions that bely her appearance. Similarly, the “messages from the sea” evoked in “After Rain” may represent insights gained from not only one aspect of nature but also all nature and the poet’s life experience.

Although the sea is an important element in this book—and tellingly, in “What I Love About Dreams,” “the architect has put an ocean in the basement,” it is not the only one.  A number of poems take place on roads through the woods, roads that Robert Frost might have traveled with his horse and cart over a hundred years ago.  One is “Driving to Your Parents,” where the poet contemplates not only the bickering of her children but also the vestiges of Frost’s New Hampshire in a seemingly abandoned barn and a “tarpaper shack.” There she imagines an elderly man living, a contemporary version of a Frost character.  Other poems occur in houses, including the one where her mother-in-law is dying.  In “The Beekeeper’s Daughter,” the speaker looks out of a window while washing dishes, only to glimpse a developmentally disabled girl “’washing’ her arms/ with green leaves she has picked” and enacting a naïve embrace of nature that turns out to be poison ivy.  Simultaneously a vigilant mother and a poet contemplating nature, the speaker occupies a complicated position; ultimately, she turns away, and the reader turns to another poem about motherhood.  Conversely, in “After Watching Rosemary’s Baby at Age 46” the speaker imagines herself intervening, perhaps rescuing the young Mia Farrow’s guileless character as she does not rescue her neighbor’s developmentally disabled daughter.

Often, when reading a collection of poems, one wonders about the connections between individual pieces. In Starland, these connections are especially important, not for biographical data but for the light that each poem sheds on its neighbors, both near and distant, bringing them together into one collection.  For this reason, this collection is well worth reading and rereading. 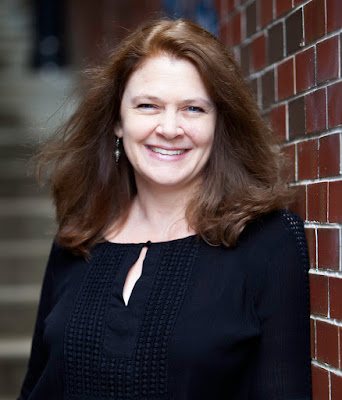 This link brings you to an interview with Ms. Purdy:  http://penmenreview.com/spotlight/a-conversation-with-poet-jessica-purdy/

While I've been on a Woody Shaw kick, here is his version of "There Is No Greater Love":  https://www.youtube.com/watch?v=-iiMpuHcsp8

For a change of pace, here is Cassandra Wilson's version of "Time After Time" from her Traveling Miles CD:  https://www.youtube.com/watch?v=ySVWeao57m8

Posted by Marianne Szlyk at 5:54 PM