Debasish Parashar in the Summer of 2018 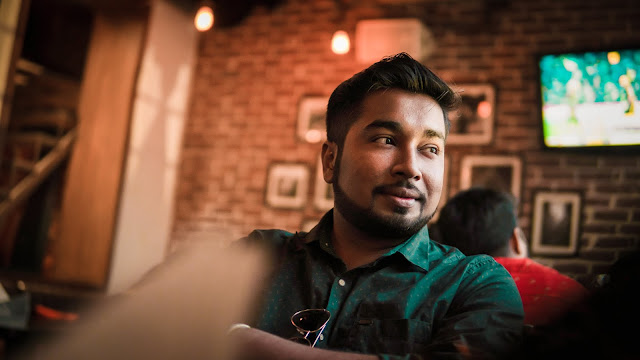 Tonight I'd like to post some poems by Debasish Parashar, a professor of literature and the founder and editor-in-chief of Advaitam Speaks Literary Journal.  These poems have been published elsewhere, but a good poem is always worth reposting.


I come from a place where flowering of bamboos and
unnatural deaths are supposed to be bad
a migrating place whose time coordinates are trapped inside
a trapezium stuffed with bamboo shoot pickles and slices of Domino’s Pizza
reconciliation. Is it?

I come from a place that has no brothels no night life
its days are hungry beasts caressing nights
in cars, multiplexes and parks.  Mood is on but shy

confession is a form of protest
and my people have started talking, sharing, confessing
on TV, Facebook, Insta, Twitter ,blogs, etc. etc.
a migrating place
migration is a form of liberty a protest in itself
and my place is migrating with sticky roots.

The photograph below is of French Polynesia, but I thought that it was attractive and that it complemented Debasish's poem. 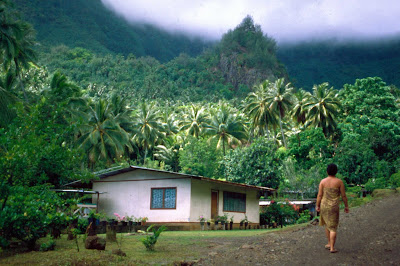 A Bunch of Chaos

when the gloomy sunlight

falls upon the broken shadows

my heart unleashes its madness

and I become a prayer

I’ve known what this huge outcry means to the crowd

‘coz it rapes a thousand miles of silence

‘coz it plagiarizes a rendezvous of doubts

in this virtual world of broken agony

U become a link yourself

to link with a thousand links…

the quantums of my thoughts that break like thunderstorms

with dewdrops of silence that unbreak U of my heart

laughter that cries out pain

let’s speak words that unspeak them not

that drop and gather and mock me like an affidavit

why should you think o wild heart

mixture of dry water in spices is a gamble?? 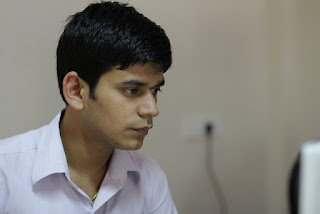 Then I loved
and
thank god
I realized
no need
for love
to be a gaze
if profound
like a glimpse. 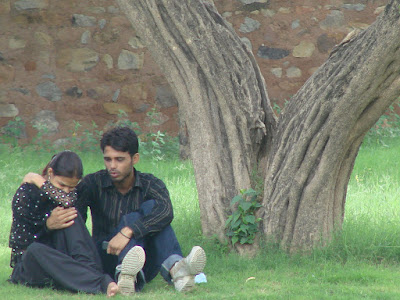 Debasish Parashar : Bio
Debasish Parashar is a Creative Entrepreneur, Singer/Musician, Lyricist and Multilingual Poet based in New Delhi, India. He is an Assistant Professor of English literature at the University of Delhi. Parashar is the Founder & Editor-in-Chief of Advaitam Speaks Literary journal. His debut song ‘Pamaru Mana’ from his debut EP ‘Project Advaitam’ under his Band name DEV.advaitamhas hit the internet in January, 2018. His write-up on Majuli has been listed amongst top 100 online #worldheritagesites stories globally in May 2016 by Agilience Authority Index. His literary works have appeared in Sentinel Literary Quarterly, Enclave/Entropy, Praxis magazine, Expound, Indiana Voice Journal, Asian Signature, Five2One, Mused, Gazeta National (Albanian translations), Muse India, The Australia Times and elsewhere. Parashar has been (or will be) translated into Albanian, Persian, Assamese, Serbian, Afrikaans, Indonesian and many other languages. Debasish's works are featured in international anthologies such as 'Where Are You From ?' (English/Persian) (New York), 'Apple Fruits of an Old Oak' (U.S.A) and 'Dandelion in a Vase of Roses' (U.S.A).

To know more about him :

For his recent release and upcoming songs SUBSCRIBE to:

I'll finish with a song in memory of a poet:  https://www.youtube.com/watch?v=AUYg_b3Rl-k

These videos really are quite beautiful!

Posted by Marianne Szlyk at 7:19 PM