A Review of Dr. Mary Stone Hanley's Book of Poetry 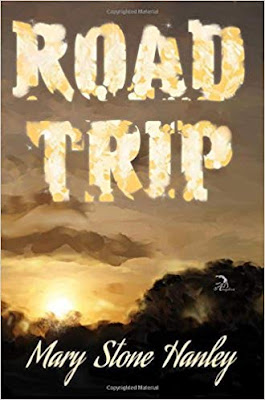 Just before her untimely death in 2017, Dr. Mary Stone Hanley, a key figure in the DC poetry circles I wade in, published her long-awaited first book of poems, Road Trip.  It’s true that poetry was not Dr. Stone Hanley’s only vocation—or avocation. A quick Google search reveals her work in academia on race and education.  My husband remembers her as “the woman who wrote that excellent play we saw at Howard” in 2013.  Furthermore, her workshop at the late, lamented DC Poetry Project encouraged us to view poetry as theatrical, as she directed us in a series of acting exercises and we wrote poems based on the experience.

Road Trip begins with a series of strong poems about family and history.  The poet introduces herself, her childhood milieu, and her resilience in “Homage.” Reflecting her book’s title, the next few poems are prose poems that depict moments in her family’s summer vacations in the South.  In “Alabama Heat” and “Safari,” she reveals how she learned to recognize the way that Southern whites dehumanized African-Americans.  Even she, a friendly little girl smiling at a convict who has winked at her, becomes “dust” in this regime (14).  However, these trips also brought joy, whether from a “scrappy radio [that] cackles rhythms no one can sit still to” in “Cousins” (15) or the sight of a rainbow over an Appalachian highway in “Mountain Mystery.”   Her family, though, is more than these journeys to and from the South.  This first section includes a dialogue with her mother, “Good-bye,” in the older woman’s voice, as well as a tribute to her late brother, a jazz poet who lived with mental illness and was later murdered. “Mama Annie” concludes this section, presenting the fraught relationship between the dying grandmother and her flighty caregiver, the poet as a teen-age girl daydreaming about a real or imagined boyfriend.

The next section honors the jazz legend John Coltrane.  I immersed myself in the variety of this section as Dr. Stone Hanley reveals the complexity of Coltrane that not every jazz poet comprehends. “Acknowledgement,” a four-page poem, lures the reader by not only invoking a performance of the classic “A Love Supreme” but also linking it to the Civil Rights movement and the context it provides.  However, there is more to Dr. Stone Hanley’s tribute to Coltrane.  “Resolution,” based on the Coltrane classic, blends poetic form, music, and vernacular to show the impact that Coltrane’s work had on its African-American listeners, including one young woman whose older brother introduced her to the music.  “Habits (1948-1957)” accepts the musical giant’s struggles with addiction even as its footnote discloses how he emerged after “[making] a pledge to God to thereafter ‘do good’” and make people happy with his music” (31).  “Let God” and “String Theory of Coltrane’s Horn” evoke Coltrane’s blend of spirituality and musicality that resonated with so many and even produced the Church of St. John Coltrane in California.  This section wraps up with “Me, My Brother, and Trane,” the poem that establishes the life-long duration of her, and her family’s, relationship with Coltrane’s music as well as its evolution.

The book’s other two sections move further, juxtaposing poems that build upon the earlier sections’ themes, in a kind of call-and-response, with others that break new ground.  The poems that breach new subject matter are often more explicitly political while building on Dr. Stone Hanley’s concern with craft and form.  “Black Matters,” for example, uses couplets and the ghazal’s repetition to draw readers’ attention to the incessant police brutality and racial violence repeated in the deaths of Amadou Diallo, Trayvon Martin, Tamir Rice, Michael Brown, Eric Garner, and Sandra Blaine.  The prose poem “Cuban Cane Fields” relies on repetition and variation to convey labor in pitiless conditions.  It would have been fascinating to see Dr. Stone Hanley further pursue this direction had she been granted more time.  As I recall, when she was pursuing her MFA at American University, she delved into poetry and poetics, even starting a study group aligned with the DC Poetry Project, which I temporarily joined.  Indeed, a poem like “The Old Tree in Charleston” might have become a one-woman show or perhaps even a play with several actors, given its historical sweep.  “The Conservative” or “Crossroads” might have become another such play, benefiting from its playwright’s knowledge of human complexity as well as, with “Crossroads” in particular, the poet’s craft.

Certainly, Road Trip is a fine tribute to Dr. Stone Hanley for those who knew her through her activism, her academic work, her poetry, and her plays.  However, those who never did meet her and her work can also enjoy this book and benefit from the poet’s sense of history and attention to craft.  This book stands on its own.

"Pursuance" follows with Elvin Jones on the drums: https://www.youtube.com/watch?v=uRm6xG0agtE 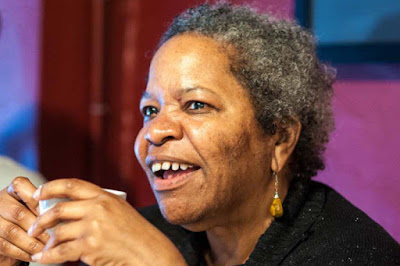 Posted by Marianne Szlyk at 5:23 PM