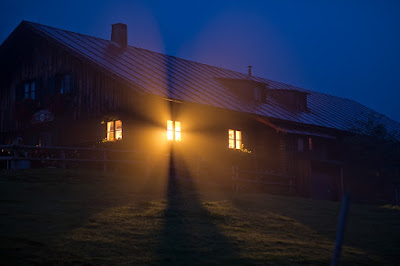 At the end of a weekend spent grading papers, I'd like to post Claudine Nash's wonderful poems, both of which appeared in her recent full-length poetry book Parts Per Trillion, which is available through Aldrich Press.  The first is "That True Voice."  This poem is for the early risers who persevere despite late sunrise, cold, and fog.

It stirs upon waking,
a hypnopompic hallucination
of a song heard
from a distance by muscles
not ears. Always,
it’s moving,

scattering about one’s body
before its lyrics can be
fully known.

For that first hour each morning,
before the household rises,
before the tasks of rushing and
receiving the hoarse sounds
of the day’s business, before
it can be out-sung by
those cold opinions from
without and within,

it hums in hopeful
resistance,

this self that is trying
not just to live,
that true voice
that dares to thrive. 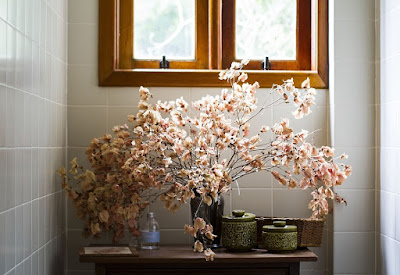 The next poem is for those of us who still listen to music even if it is "only" on YouTube.
“Talk Radio”

Music affects me in ways you
wouldn’t understand. I think “I
feel fine today. Nothing seems
amiss.” But then a singer-songwriter
recaps the story of his shattered
heart and I sink when he gets to
the verse about smoking too many
cigarettes while waiting for the
ache to lift. Right there on the
interstate in between exits, I think
“he’s moved the sorrow nobody
sees, he’s named the grief I carry
in secret.” Then I regroup at the
commercial break and it
strikes me that you probably
don’t get any of this because


you only ever listen to talk radio. 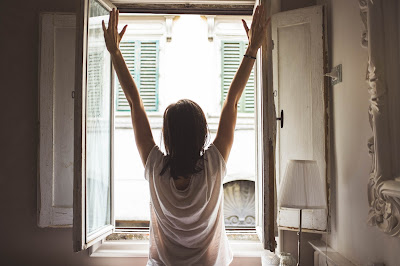 Claudine Nash’s collections include her full-length poetry book Parts per Trillion (Aldrich Press, 2016) and her chapbook The Problem with Loving Ghosts  (Finishing Line Press, 2014). She also recently edited the collection  In So Many Words: Interviews and Poetry from Today’s Poets (Madness Muse Press, 2016) with Adam Levon Brown.  Her poems have won prizes from Avalon Literary Review, Eye on Life Magazine, Lady Chaos Press, and The Song Is… and have appeared in numerous magazines and anthologies including Asimov’s Science Fiction, Cloudbank, Haight Ashbury Literary Journal and Yellow Chair Review amongst others. She also has a Ph.D. in Clinical Psychology and is a practicing psychologist. Website: www.claudinenashpoetry.com.

I know I want to post a link to Ahmad Jamal's "Saturday Morning."  He is another jazz musician born in the 1930s, so I encourage you to listen to his music and write!

Here is his "I'll Always Be With You," also from his recent CD Saturday Morning:
https://www.youtube.com/watch?v=r3i1c5KfcfA

His "Morning Mist" is from Blue Moon: https://www.youtube.com/watch?v=Wi2MuKvNSq0

I'll finish with some songs from the Roy Assaf Trio whom my husband and I saw recently.  They are amazing!!  https://www.youtube.com/watch?v=SES8YF6bs4U
Posted by Marianne Szlyk at 8:50 PM