Congratulations to 2015/6 Best of the Net Nominees! 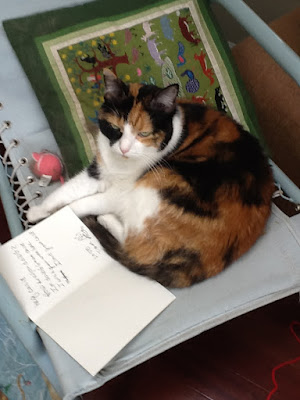 Yesterday evening I had the pleasure of nominating six poems and two prose pieces for the 2015/6 Best of the Net Anthology.  It was a real challenge to select them since I've received so many good poems and prose pieces this year.

Of the six poems, the first is the Scottish poet John McDonald's "Jazz Streets (for Miles)" published on August 13, 2015.  This has been a good year for John at The Song Is... as his  winter haiku won Thelma's Prize for Winter 2015/6 and "MONK (Thelonious that is...)" took first place in the contest of poems inspired by jazz musicians born in the 1900s and 1910s.

Next came Lynne S. Viti's "I Can't Get No" (published on August 19, 2015), a rich poem about the relationship between a young man and woman.  Unsurprisingly, this poem and John McDonald's "Jazz Streets" tied for first place in the Summer Music contest in 2015.

Sergio A. Ortiz received a fifth Best of Net nomination for "Requiem for Mercedes Sosa" (published May 15, 2016).

Felino A. Soriano's "Of this Momentum Song (forty-two)", a poem written especially for The Song Is... and its contest honoring jazz musicians born in the 1920s, earned a Best of Net nomination:    This tribute to Miles Davis was published on May 28, 2016.  Felino also received a Best of Net nomination last year for "Underneath," a tribute to the contemporary pianist and composer Vijay Iyer.

Holly Holt's wonderful "betrayed by summer," inspired by Nina Simone's music, completes the list of nominees.  This poem appeared on June 9, 2016.  Holly has done so much for poets and poetry as co-editor of Walking is Still Honest and as a very active member of the Southern Collective Experience that it's great to see her win recognition for her own writing.

I also nominated two prose pieces, both of them haibun.  The first is Angelee Deodhar's "Unchained," a response to the then-recent tragedy in Paris.    It was published on November 15, 2015.  The second is her collaboration with Illinois writer Raveesh Varma, "Capriccio."  This wonderful piece appeared on Christmas Day!  Given Angelee's devotion to the haibun (and to collaborative writing), it is especially appropriate that she received these nominations as well as her Pushcart nomination for "Grandparents Day."

I would also like to hand out some honorable mentions to the following writers: Donal Mahoney for "In the Mood"; Will Mayo for several pieces, especially "The Call of the Crow" and "The Hermit"; Claudine Nash for "Clean Up"; Malcolm Rodney for "Waleje in Love"; and DC-area poet John MacDonald for "Those Parties We Talk Shit About Monk."

Now I'm ready for the music!  Let's start with something by Miles Davis.  I'm not sure which pieces I've posted here before, so I'm going to put up two pieces.  I've been writing a lot about the 1990s, so I am going to start with "Human Nature": https://www.youtube.com/watch?v=y7mHNEA7z2U  On the other hand, this "Milestones" is very early as Miles is playing with Charlie Parker among others: https://www.youtube.com/watch?v=c4euXuPTROc

I can imagine skating to Johnny Mathis' "Chances Are":  https://www.youtube.com/watch?v=NEH3uqbpsm8

I have to include Nina Simone's "Blackbird": https://www.youtube.com/watch?v=0LLkn-KLatY

Best of luck to our nominees!  I am looking forward to the next year of poetry and prose. 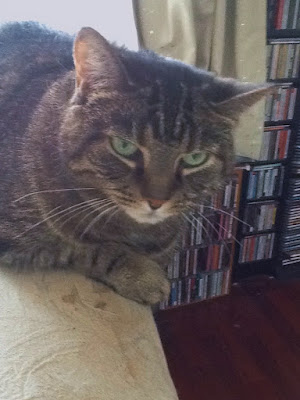 Posted by Marianne Szlyk at 7:10 PM