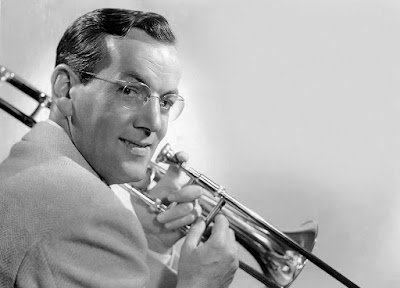 Tonight I'd like to post Donal Mahoney's "In the Mood."  His tribute to Glenn Miller and the dances where Big Band music played fits in nicely with Mary Jo Balistreri's memories of ice skating (which I posted here: http://thesongis.blogspot.com/2016/02/mary-jo-balisteri-and-winter-in.html).

We're going dancing, my wife and I,
to a Charity Ball high in the sky where
Glenn Miller's band has been playing
since 1944, the year his plane got lost
over the English Channel.
No wreckage was ever found,
not a single body.
Glenn Miller was going to France
to play for American troops
during World War II.
Government records say
he's still "missing in action."

Maybe so, but I hate to go dancing,
even with music by Glenn Miller.
So I told my wife I'll go if she
can find a dress as red
as the one she wore in 1956
when Father Hennessy said,
"This is a prom. Not burlesque."
A slip of a girl back then,
she made things worse
with black seamed nylons.
All the rage back then, the nylons
disturbed the padre.

But if my wife can find a bright red dress
and a pair of black seamed nylons,
I'll wear the old seersucker suit
I bought at Macy's for the prom.
It goes real well with the "duck tie"
I found "on sale" for 50 cents
at the Army Surplus store.
Father Hennessy loved that tie.
Even now I can hear him bellow,
"That tie's so wide the ducks
will fly for 50 years to cross it."
How prescient the padre was. 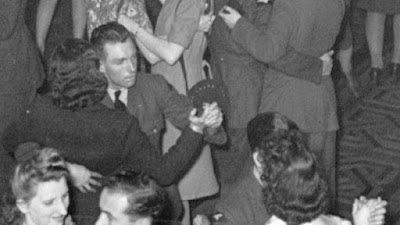 Before I post tonight's music, I'd like to post some pictures of dance halls.  Donal's poem reminds me of my father and my aunt's stories of the dances they used to go to in back in the day.  Below is a drawing of the Totem Pole Ballroom in Newton, MA.


Below is a picture of contra dancing from the 1940s at Lovett Hall, which is actually in Detroit.

Revere Beach, MA was once known for its dance halls. 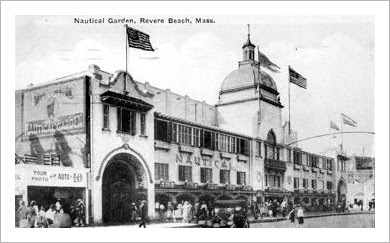 This is quite a bit older, from when my grandmother was a little girl, but I wanted to get a picture from Whalom Park, near where my mother grew up. 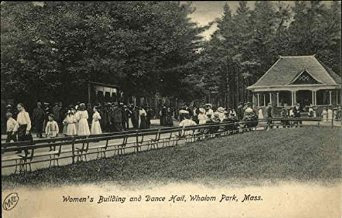 Let's play some music.  Of course, I have to start with "In the Mood":

I have to include "Blue Moon," one of my favorite songs:
https://www.youtube.com/watch?v=vG16V1OAwMI