In February with Felino A. Soriano 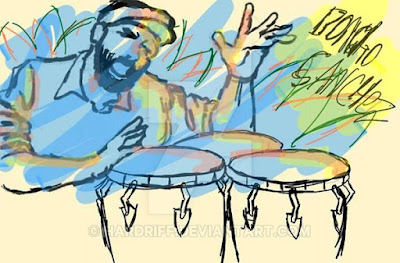 Today I'd like to continue the fall/winter contests with Felino A. Soriano's poems.  The first is his celebration of Poncho Sanchez.

The other is his invocation of Marian McPartland, the long time NPR host who interviewed everyone from Dizzy Gillespie to Lionel Hampton to Kenny Burrell to Steely Dan to Elvis Costello.  Born in 1918, she inspired Felino's poem for the contest of poems inspired by musicians born in the 1910s. 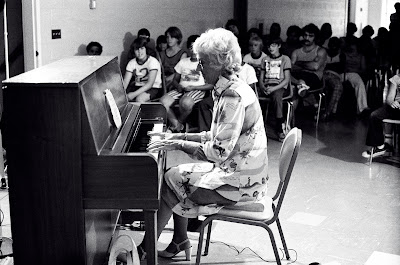 Each crow suspends prior to dedicating movement

a prose writes
its wandering purpose

pound of memorizing measure, the associated

paralleling music with the flight of handmade veneration—

the tribute will arrive again, ongoing

mentioning toward the hearers of tonal

Let's listen to some Poncho Sanchez and Marian McPartland.

Here is a live version of Baila Mi Gente, the song that Felino references:
https://www.youtube.com/watch?v=e7VfVvLntW4

I will also include his version of Cantaloupe Island: https://www.youtube.com/watch?v=mOpmMDj8IZI

Marian McPartland's version of "Things Ain't What They Used To Be" dates from 1964, the good old days!

Here she and Dave Brubeck perform parts of "Take Five" on her show.  This recording is from 1984:
https://www.youtube.com/watch?v=uUPKeZ7tLaA

She joins Steely Dan on "Hesitation Blues": https://www.youtube.com/watch?v=z-zo0FggV3c
Posted by Marianne Szlyk at 6:54 AM