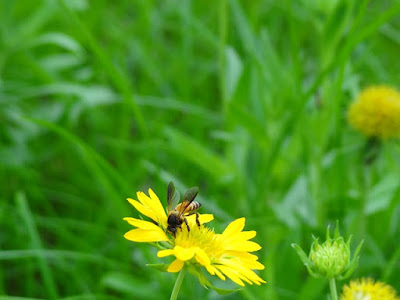 As I was saying to a friend of mine, since I teach, August is more like pre-fall than summer to me. However, it is summer for almost everyone in this hemisphere, so tonight, I would like to post more poems from the summer music contest.  First is "Summer Music" from David Rodrigues, a poet from Portugal.

Summer music
Is not heard by ears.
Is composed inside each person
Full of brief and minimal pauses
Between long notes
Sung by the bees flight,
By the buzzer chants,
And by the sound of midday sun
Smashing the earth.

Summer music has not sound:
Is felt by bodies longed for daybreaks,
for twilights, for fiestas, for siestas.
Everything is real in this music
With all smells, all tastes
All touches, all sights.
The silence is real too.
Because it comes from inside
and can be heard by the bodies only
and for who loves them. 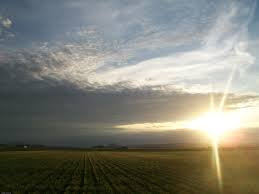 Karen O'Leary's poem is about summer storms, another feature of this season, which some of us love and others have had far too much of.  I personally love that storms chase heat and humidity away.

The mighty thunder claps its warning signs,
With haunting restless rhythm sets the stage.
The whistling wind, melodic as it whines,
An eerie chorus clamors loud with rage.

In gentle harmony and background song.
The swishing, rustling leaves respond anew.
A broken gate in motion squeaks along,
Unhindered earthy tones are humming too.

The pitter-patter drummed by steady rain
Is nature’s lulling song to those who hear.
Enchanted groans explode in clashing strain,
Surprise the soul and boldly claim the ear.

Intrigued by primal rhythms fresh and free,
The stormy music captures you and me.

Despite what David wrote in his poem, I would like to include a little summer music here, too.  These songs will get you ready for the fall contests, specifically the Latin Jazz contest.

Here Tito Puente performs Ran Kan Kan in Orchard Beach, which I believe is in the Bronx.
https://www.youtube.com/watch?v=CWZo86w1Vg0

In this video, he is with Celia Cruz:  https://www.youtube.com/watch?v=Zm2C5hx4sI0

Poncho Sanchez is performing at another summer festival, this one being in Laguna Beach:  https://www.youtube.com/watch?v=LX0FgmgEs_4

I'll finish with Danilo Perez.  What is more summery than a Friday Morning?
https://www.youtube.com/watch?v=NTJit6sFzp8

Posted by Marianne Szlyk at 5:58 PM