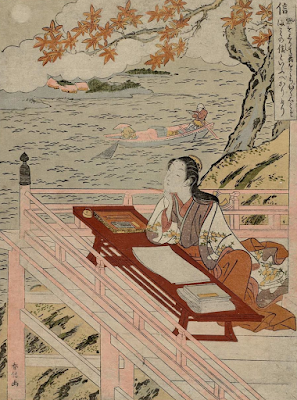 Recently Angelee Deodhar took time to send me some of her collaborations with other authors as well as some of her own haiku.  I know that you will enjoy them.

For the first two pieces, her co-author is Raveesh Varma (whom you met back in February when you read their "Snow Angels."

The next co-author is Thomas Canull.

A collaborative haibun by Thomas Canull (USA) and Angelee Deodhar(India)

new grass--
a sparrow and I
just playing
-Issa

Mother's Day brings back fond memories of my grandmother whom I loved dearly as she and an aunt just 8 years old at the time raised me for at least the first year of my life. My birth mother rejected me at birth as she already had one child to care for. And no one on that side of the family would ever discuss it or tell me how long I was at grandmothers but she was always there for me as I grew up. Some summers I would to stay there for the summer and for me that was a taste of heaven.

Bio:Thomas Canull  worked for several years as an intel-op in the far and middle east. While in Japan he fell in love with  haiku. Several of his haiku have appeared in the Japanese online Asahi Haikuist Network.While in Arizona Thomas started posting a "Thought for the week" and a "Haiku for the week" at his neighborhood Starbucks. When he returned to Indiana ,he brought the idea back with him and has been posting at the same Starbucks for several years.

Thomas is also a Co-Founder of Hope 4 U Bracelet Ministries which is dedicated to uplifting of everyone he meets with a message of love and hope.

Below are Angelee's haiku sequences. 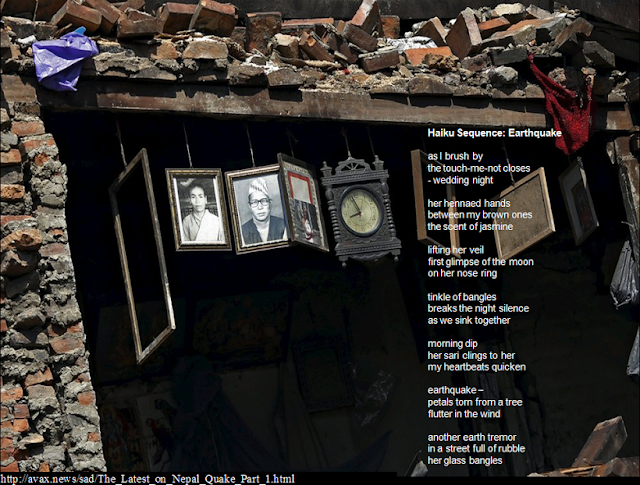 as I brush by
the touch-me-not closes
- wedding night

her hennaed hands
between my brown ones
the scent of jasmine

tinkle of bangles
breaks the night silence
as we sink together

morning dip
her sari clings to her
my heartbeats quicken

earthquake –
petals torn from a tree
flutter in the wind 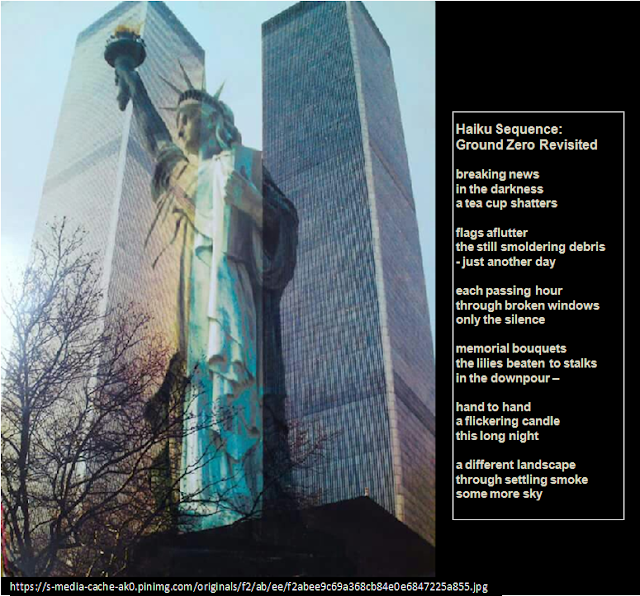 breaking news
in the darkness
a tea cup shatters

each passing hour
through broken windows
only the silence

memorial bouquets
the lilies beaten to stalks
in the downpour –

hand to hand
a flickering candle
this long night

a different landscape
through settling smoke
some more sky

I think I will include Donal Fox's Improvisation on Bach:
https://www.youtube.com/watch?v=VUY3oKRUSQs

I'll conclude with the Cannonball Adderley Quintet's performance of Joe Zawinul's Requiem for a Jazz Musician:  https://www.youtube.com/watch?v=PrHrQhhgBDE
Posted by Marianne Szlyk at 7:01 PM