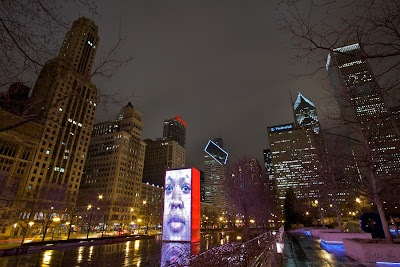 I've been celebrating Christmas in bits and pieces.  Tonight I'd like to post Donal Mahoney's "Feliz Navidad" -- before it is New Years or Little Christmas or, worse, Candlemas!

Pedro swings a mop all night
on the 30th floor of Castle Towers
just off Michigan Avenue
not far from the foaming Lake.
The floor is his, all his,
to swab and wax till dawn.

The sun comes up and Pedro's
on the subway snoring,
roaring home to a plate
of huevos rancheros,
six eggs swimming
in a lake of salsa verde,
hot tortillas stacked
beside them.

After breakfast,
Pedro writes a poem
for Esperanza,
the wife who waits
in Nuevo Leon.
He mails the poem
that night, going back
to his bucket and mop.

Pedro's proud
of three small sons,
soccer stars
in the making.
On Christmas Eve
the boys wait up
in Nuevo Leon
and peek out the window.
Papa's coming home
for Christmas!

Pedro arrives at midnight
on a neighbor's donkey,
laughing beneath
a giant sombrero.
He has a red serape
over his shoulder,
and he's juggling
sacks of gifts.

When the donkey stops,
the boys dash out and clap
and dance in circles.
Esperanza stands
in the doorway
and sings
Feliz Navidad.


Donal Mahoney, a native of Chicago, lives in St. Louis, Missouri. He has had fiction and poetry published in print and online publications in the U.S. and elsewhere. Among them are The Wisconsin Review, The Kansas Quarterly, The South Carolina Review, The Christian Science Monitor, The Beloit Poetry Journal, Commonweal, The Galway Review (Ireland), The Osprey Journal (Wales), Public Republic (Bulgaria), and The Istanbul Literary Review (Turkey). 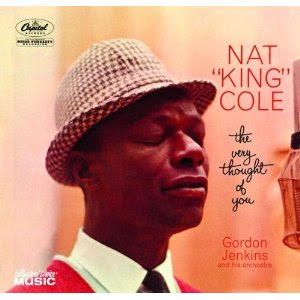 I seem to be going backwards, but here is Allyson Lima's moving poem about her mother and jazz.  I had intended to publish it during the semester.

“The falling leaves drift by my window
The autumn leaves of red and gold
I see your lips, the summer kisses
The sun-burned hands I used to hold”

She plays Nat King Cole but it’s her song too

Who is that guy? I ask when she hangs a portrait
5x7 black and white in the hallway.
Dapper bow-tied entertainer--piano player
His gaze so seductive it could stop you cold
Even a kid knows this guy’s trouble

Her music was no sing along,
No Mitch, no Bing, no bedtime lullaby

Ella Fitzgerald voice of the century
My mother so admired her she once made my father
Go backstage at the Blackhawk just to pay respects.
Ella-- voice for all time couldn’t stay in the same
San Francisco hotel where she sang
Then left out the back door to walk
A dark street to dream elsewhere.

Django Rheinhart  Stefan Grappeli
Are you kiddin’ me?
You know she felt good then

Dad comes home whiskey-breathed
Swings her ‘round the kitchen keepin’ the beat
One hand stuck down the back of
Her French blue stretch pants
No, Jack, No! she protests eyes sparkling
Singing along with Ray hit the road Jack

We didn’t know he would really go.
Never guessed they would take new lovers.
I know because I found the love letter
in her lingerie drawer—musician too

Some say she died of suicide.

I say it was a slow dance
In the wrong generation
For a woman like her
Who lived in music and
couldn’t get enough of it.

Take my hand, take two
I’ll go with you in the dark
Knock-knock

Are you still waiting
For the door to open

In your silly costume?

Trick-or treat
Sweets and bellyaches
You’ll get both

Before
the  door
closes.

Trick-or-treat?
What do you seek
In the moonlight?

Allyson has given me so many ideas for the music, but let's keep a Christmas theme.  Unlike many of you, I feel deprived of holiday music.

"O Come All Ye Faithful" is one of my favorite carols:
https://www.youtube.com/watch?v=7etY6D9TaHg

Here is their "White Christmas":  https://www.youtube.com/watch?v=p6mvjnhwrEs

Oscar Peterson recorded a Christmas album in 1995, and here is his version of "Silent Night":
https://www.youtube.com/watch?v=ixJVS5_24lE

Allyson just sent me a photo of Lincoln Center at night! 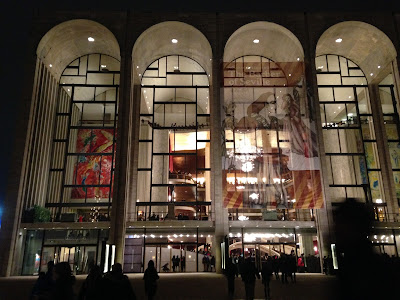 Posted by Marianne Szlyk at 3:58 PM