To Celebrate the Publication of Pijush Kanti Deb's New Book 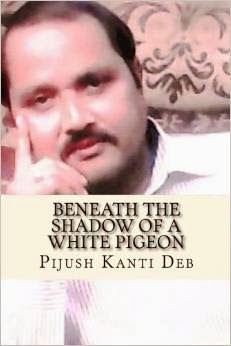 To celebrate the publication of Indian poet Pijush Kanti Deb's first book of poems, Beneath the Shadow of a White Pigeon on February 1, I am posting several more of his poems.  In addition, Valeri Beers of PoetryPasta is interviewing him, and I am posting a link to the interview here:  https://poetrypasta.wordpress.com/2015/02/01/new-poet-pijush-kanti-deb-interview-now/
I Surrender To The Tradition
Composed by Pijush Kanti Deb
At last, I surrender to the tradition
to live a blissful  life
exiling my masculinity-
the culprit of all bitter clashes
in my underarm
and start enjoying the magic
that ensnares my sky, my land
and my beloved belongings
to start dancing and singing around me;
my logical babbling,
rough and tough attitude
and ‘’Do or die’’-the powerful hymn
start sneaking from my orbit.
The people,
sad, disturbed, angry and zealous,
owing to my free and harsh masculinity,
start reverse marching to their origin.
The needless eyes
may shut their windows down
yet they witness
the smiling faces, appreciating lips
and helping hands-
ever-ready for nurturing  my new born happiness
and a compromised heart
that buys hundreds of charismatic worlds
in exchange for only one-the dogmatic masculinity. 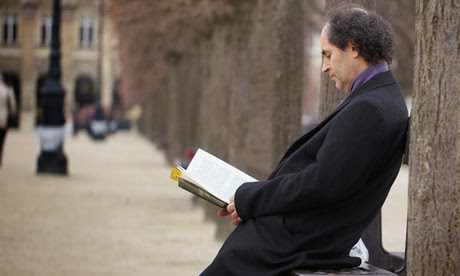 To Read A Brand New Book
Composed by ---Pijush Kanti Deb
The old reason and the young desire
call for a whispering conflict
regarding an appropriate time
to read a brand new book
unwrapping it carefully
by the eagerly fingers,
looking at the beautiful paintings and stories-
painted and written skillfully
by a well known painter cum writer,
by the enchanted eyes.
They start casting of arrows of
arguments and counter arguments
to each other
till the casting of the last arrow
and at last,
a cartel- the gainful last resort
appears between
the most powerful and ever- agitated rivals-
mind and brain,
decides- a noon-hot and matured,
the appropriate time to open and read
the book with entire satisfaction.
Alas!
On the hint of the rest-less heart
the foolish eyes welcome
the abrupt flow of wind to fly into the room
from the impatient  world
through the open window.
It comes in and starts playing
‘’Go as you like’’ with the immature reader
trespassing each and every corners
and finally ensnares the reader
to make the book opened, naked and read.
Within a fraction of a moment
the virginity of the book is lost,
reader’s immaturity and  ill-competency are detected
and the most thrilling earthly pleasure is left unfelt. 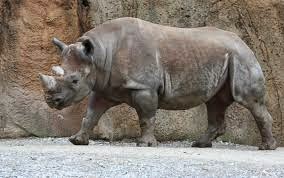 The Rhino-Skin
Composed By- Pijush Kanti Deb
The wrapping of myself with the rhino-skin
makes me rough and tough and fearless
in facing the revolution of my boss around my loopholes
and buffering his jumping on me with his loudspeaker-
speaking to my closed ears
steering his inflamed tongue-
just tasted the hot breakfast prepared by his awful  wife,
to extinguish his burning heart
by shifting the impact and the incidence of his suffering
to my  shrewd shoulder-
already guarded by my impenetrable amulet-
made of rhino-skin
by the grace of  something stoic like the Devil
At my home, I fastened the loop of the rhino-skin
as it is to be tested again for another inevitable round
by my family-boss-
my beloved babbling wife-
rich in her self-made complaints against my inabilities
leaving her each and every demand unfulfilled
and on my declining dedication to family
though I make my-self  a tolerant rhino-man
carrying my two heavy bosses with no complaints and groaning
In the evening, I put off my rhino-skin
and rush to a private land of earthly fairies-
composed by a compromised cartel-
made of me and of my a few friends-
the hunts of the same hunting,
where we convene a dance party
on the music of our good-luck
and welcome  a fountain of  intoxicant amusements
to wash out all the humiliation of daily life
and to recharge all of us to endure the bosses again and again.


A Magnificent Painting
Composed By- Pijush Kanti Deb
Blood sheds on the stainless canvas
turning it into the drops of sweat
and gives, thus, the birth of a magnificent painting
ensnaring claps, kisses, rewards and awards
to be generous to drop on it
from the blissful eyes and the perceived hearts.
Maybe, a bunch of blessings are also bestowed on it
by blissful and watchful aerial eyes
but a course of curses are booked
for those careless  painters
who give their paintings just the beginning,
leaving the finishing to money and machine,
produce some so-called paintings-
lacking color and scent of humanity,
dump them in the slums of garbage
and pollute the cleanliness of the environment
where the stainless paintings are still blissful
in picking the flowers up
thrown gratefully by
the dreamful eyes and the hopeful hearts. 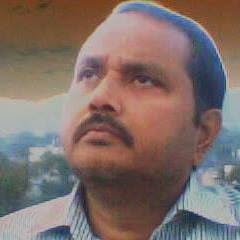 Me and My Poorness
Composed by –Pijush Kanti Deb
My poorness gets different reflections
from different mirrors-
set in the eyes of my nearest and dearest
and hence different definitions are propounded,
conceived by their perceived hearts
and proclaimed  by their open lips.
My father- my earthly creator
defines me as a mistake-
incorrigible during his life-time
and shows his tired back
to the eyes of my dogmatic compulsion.
My dream-girl- the only rose of my thorny garland
repents for choosing me as her only man,
finds a similarity between
falling in my heart and plunging into a dirty ditch
and suffers from a sudden headache
in my passionate presence.
The government- my God father
endures me as an ugly black spot
on the forehead of my motherland,
non–erasable despite of a series of washing-
plan-wise year after year
and leaves me alone for automatic rectification.
My mother- my divine oasis,
bestows my helplessness with the shadow of
inspiration in my burning desert,
considers me with all her sympathy
as a penniless and compelled unemployed
and embraces affectionately me and my hidden tears. 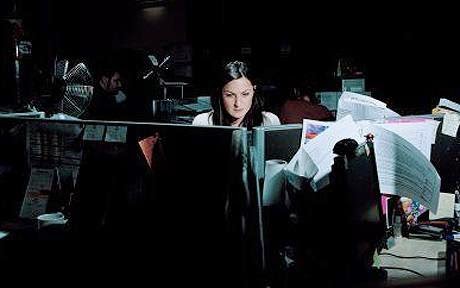 A Scared Idea
by- Pijush Kanti Deb
To come to light
a newly conceived ideal idea is scared
and hesitated in its unabated peeping
from the womb to light
for watching a through pass
leading to a benevolent hut-
wherein a hidden reformer waits
to welcome and use it
in blooming the smiles in the gloomy faces,
It seems to be caused by an outsider
of the world of the idea and the reformer,
an undead robot- the watchman,
made of non-sticky metal-
untouchable to any prayer or importunity
standing just as an impenetrable wall
in front of the entrance of the hut
along with its ghostly gesture
and well ambidextrous too
in showing its reluctance to any new idea-
willing to enter the home
and to any sharp reformation
deserving universal sympathy and support
causing the raising heads and hands
against its own and its programmer’s existence.

Here is some music to accompany Pijush's poems.  I haven't posted any of Gene Clark's songs in a while, so I will find a few good ones for you.  Apologies for any repetition.

Let's start with Clark's "No Other":  https://www.youtube.com/watch?v=9YULwbhga18

"Life's Greatest Fool" was to have been the single from No Other: https://www.youtube.com/watch?v=VzvKS5QD2nU

"Tried So Hard" is from an earlier album, but I think it fits well here: https://www.youtube.com/watch?v=xi9umtNVS3U

"Changes" is actually by Phil Ochs, but it fits well here also: https://www.youtube.com/watch?v=f8nHXYhYKfY

I want to finish with "From a Silver Phial": https://www.youtube.com/watch?v=WvavhLZO2_0

And be sure to read Valeri Beers' interview with Pijush: https://poetrypasta.wordpress.com/2015/02/01/new-poet-pijush-kanti-deb-interview-now/